Inside the Edit Suite with Andrew Holmes 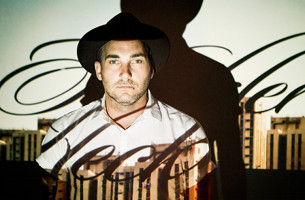 Multi–award winning editor and motion graphics designer Andrew Holmes grew up in Tauranga, the most populous city in the Bay of Plenty region of the North Island of New Zealand. He studied at Wintecs School of Media Arts at the Waikato Institute of Technology and has worked globally as a senior animator and editor for some of the best post production facilities before coming on board with Sydney-based post house Heckler. LBB catches up with Holmes to find out what makes him tick behind the screen.

LBB> How did you get into a career in editing, motion graphics and art directing?

AH> I’ve always been a visual person. To entice me to complete the final year of high school, the principal allowed me do five subjects of art. Our ‘art department’ had a single Mac computer but it did have Photoshop! This was my introduction to digital design and I loved it. This love of design led me to study graphic design at university and after four years I graduated with a Masters degree. It was at uni that I also discovered a passion for editing and motion graphics.

Looking back, I was in the right place at the right time; as students we were really lucky because we were riding the tip of a new wave of digital design. Before this, everything was analogue. These were exciting times for designers, we could explore and push the accepted boundaries of creativity – everything was new and there were no rules.

While at uni, I was heavily involved in the New Zealand music scene, directing and editing music videos, designing posters, album covers, websites and directing short films. This gave me a really broad skill set and helped me build a strong portfolio of work, which played an integral role in helping me land my first job in the creative industry.

LBB> What are the most challenging but rewarding aspects of your job?

AH> I’m passionate and pumped about what I do. Even after almost 15 years in the industry I still find it really hard not to get too excited and too attached to projects. I also find it challenging when projects come in with really low budgets; but occasionally, these jobs can be even more rewarding because they force you to challenge the brief, to be more creative, to think outside the box, and to find new ways to communicate an idea. The goal is always to end up with something you can be proud of and that the client is stoked with.

LBB> What complimentary skills sets do you think the best editors and motion graphic artists have?

AH> For years, film editors were only responsible for the pictures but these days, with digital systems continuing to evolve, editors can also be deeply involved in other aspects of the editing process – sourcing sound effects, music, designing motion graphics and title sequences.

Having a really good knowledge of storytelling is just as important as having a good eye for composition. Good editors need to be diverse in their editing style.  When cutting music videos or promos, having a good ear and sense of rhythm can really help enhance the visual story. You can control the pace of an edit, make the viewer feel the highs and the lows, you can draw emotion, create awareness and steer reaction to get the desired response.

Being able to communicate with a wide variety of directors and being able to work alongside agency creatives is an important skill to have. You have to be able to recognise and acknowledge the talent in those around you so you can communicate and collaborate effectively and bring something unique and  special to the table.

LBB> What kind of directors, creatives or creative teams do you prefer to work with?

AH> Good ones. People that are passionate. For me, the key to doing great work is collaborating with directors and creatives that have a strong vision but are open to ideas. It’s great to work with people who are willing to listen and be open to inspiration from anywhere – as well as utilising the expertise of the people around them. People that bring passion and energy into a project can help drive creative thinking and produce a stronger outcome. Some of those directors have included the legendary Rocky Morton from LA, on the wonderfully wacky Wotifia campaign; Justin McMillan on the 100% Pure NZ Tourism extreme adventure 5x1 series; and Warwick Thornton of 'Samson and Delilah' fame in the upcoming inspirational Indigenous Tourism film.

LBB> How do you stay inspired and what do you think makes a good editor?

AH> I think having creative passions outside of work really helps. I play a few instruments plus I enjoy painting, surfing and photography. I think it’s important to look for inspiration everywhere. A good editor can dramatically influence an audience's emotional response, and if I’m doing my job correctly, the viewer should become so engaged in the film that they aren’t aware of the technology or the level of involvement from the editor.

LBB> Do you ever have to put your foot down and fight for a particular creative direction that will make your edit more successful?

AH> Of course, there’s always going to be creative differences in filmmaking. That’s where communication skills become really important. Understanding the personality of the director you’re working with is just as important. You need to listen and understand the big picture – the vision and the process the director and the creatives have already gone through, just to get to the edit stage. By doing this, I’m able to understand the limitations we have to work within but also what creative opportunities we can explore, together. Communication is key.

LBB> What has been your favourite stand out campaign to work on and why?

AH> The soon to be released Tourism Australia, Indigenous Tourism film I’ve just finished was probably one of the most exciting and challenging campaigns I’ve worked on, it’s unlike any project I’ve had the opportunity to be a part of. The concept, the passion and commitment of the directors and the production team and the quality of the footage we had to work with were amazing.

Having the opportunity to work alongside award winning director Warwick Thornton and acclaimed director Brendan Fletcher was an awesome experience. Being surrounded by so much talent and being invited to provide input into such a groundbreaking campaign was truly inspiring. I’ve never seen Indigenous Tourism experiences promoted in this way (here in Australia or oversees), so it was an honour to be a part of such a landmark piece of film. I can't wait to share this transformational piece of film with the world, so watch this space.

LBB> What’s it like working in the powerhouse that is Heckler?

AH> I’ve been fortunate enough to be a part of Heckler from the early years. I joined Heckler four years ago after working in London. It’s been mind blowing to see how quickly we have established a respected name and solid track record in post production. I feel truly blessed to work with such an experienced, creative and dedicated team at Heckler; and to get the opportunity to collaborate with some of the world’s best directors, creatives and brands, on a daily basis.

LBB> What would be your dream job/campaign to work on?

AH> I love what I do, so waking up every morning and feeling excited about coming to work, is my dream job.