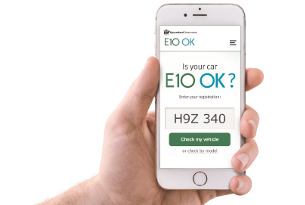 QLDGovt’s Department of Energy and Water Supply and Ogilvy Brisbane have this week launched an innovative new education campaign, aimed at helping drivers better understand their biofuel options - and take another look at E10.

Starring V8 Supercar champion and Bathurstwinner Mark Winterbottom, the ‘E10 OK’ campaign explains the potential benefits of the biofuel, and encourages its use, through a range of executions includingTV, press, radio, online, outdoor and social media.

At the campaign’s core is a unique digital innovation designed by Ogilvy Brisbane exclusively for the QLDGovernment; an online biofuel compatibility checker. Queensland drivers can now check the E10 compatibility of their vehicle in a matter of seconds, by simply punching in their rego number at an E10 OK microsite.  It also tracks which fuel outlets stock E10 fuel.  Click here to view the website.

Ogilvy Brisbane’s MD Russ Vine said the education campaign was an important step in ensuring a greater number of Queensland drivers not only understood their biofuel options, but start to use the bio based petrol more often.

“It is 10 years since the Government last asked Queenslanders to consider E10 fuel and in that time a great deal has changed. The fuel is more developed,engines are more developed and more cars than ever before are not only compatible with E10 fuel, they are built to run on it,” he explained.

“The car checker is a critical and intelligent pivot for the campaign as a result. Allowing consumers to reach for their phone and find out if their vehicle can run ‘OK’ on E10 in a matter of seconds makes it as easy as possible for Queenslanders to increase their use of biofuels without hours of research.”

Vine said this kind of innovative engagement in the digital space – in particular phone based experiences – is a key factor in the success of major Government social marketing or consumer education campaigns.

He said Ogilvy Brisbane had been a holistic one stop shop for the campaign which will run well into 2017, with the agency providing campaign strategy, stakeholder engagement communications and services, campaign creative, campaign production,event management, social media services and extensive digital design.