The Influencers 146 Add to collection

INFLUENCER: DDB Latina's Juan Isaza on the stand-out cases from this year's festival 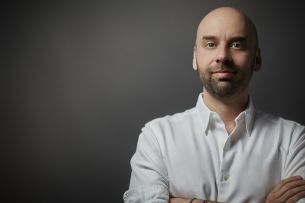 Dubai Lynx 2018 was a fantastic opportunity to discover creative and marketing ideas from the Eastern side of the world. A region that, even in a totally globalised world, does not usually follow the American and Western European creative patterns or trends. It is a totally different culture, strongly influenced by religious and political views. Creative expressions and marketing ideas are not free from such influence.

As always, good ideas are the result of a deep understanding of human beings, their desires, their attitudes, and their drivers. However, sometimes that hyperlocal inspiration, in very specific cultural practices, ends up producing pieces that could be run or adapted to any country or market in the world. A good example of this is Pril’s One-Drop Bottle, awarded with the Creative Effectiveness Grand Prix.

This is one of those ideas that proves that creativity could be, and still is, a game changer in marketing. Pril, a player in a category dominated by a very big competitor, and with a substantially smaller media budget, created a differentiated symbol of superior product performance: One drop is enough. It is remarkable the way this dish washing soap brand was able to generate much more consumer credibility and preference with the simple launch of a very tiny bottle the size of one single drop. This is a very good example of a brand that discovered that stating a claim will never be as powerful as transforming that claim into something tangible.

As in many other festivals, there is an excess of social awareness related cases. A couple of cases demonstrated that marketing and social causes are not necessary contradictory objectives. A good example is #Shopless, the campaign from Sadia, a food company that invited consumers to buy only the amount of food they were going to eat during Ramadan (a traditionally high waste food season because people prepare more food than they actually consume). The idea paid back in terms of both social good and marketing objectives. While the category went down (people changed their impulsive behaviour of buying excessive food and committed themselves to waste less), the brand grew its market share due to the campaign that produced a stronger emotional connection with the consumers.

Interestingly enough, some of the most effective cases were not necessarily innovative or new-to-the-world creative solutions. “The Line-up Song” was a case that the Coca-Cola Company used to relate the brand with the Egyptian soccer team, ‘hacking’ the official sponsor.  The song became a cultural phenomenon in that market.

Another remarkable case was #Beatme, winner in Creative Effectiveness for Good, and proof that a local message could perfectly go global. It was a UN campaign inspired by the Pakistan authority’s approval for men to lightly beat women. The campaign took advantage of another meaning of “beat,” inviting men to beat women in singing, running, hiking... A powerful message totally relevant anywhere in the world today.

The process of judging ended up being almost like “group therapy.” A brilliant opportunity to discuss and connect with a very diverse and extremely talented group of judges, which included backgrounds from traditional, local, and multinational agencies as well as participants from the client side. Very nice discussions and the great opportunity of opening the mostly Western minds to appreciate and admire the creative talent from the other corner of the world.