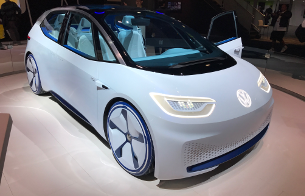 The third and final day is done and dusted and as Innovation Lead Will Harvey touches down in the UK, we have for you his day three round-up: the Future of Travel.

Having followed CES closely for many years, including attending the last five, one theme, in particular, has stood out: the growth and progress of the automotive industry.

Nowhere is this more evident than in the traditional keynote slots usually reserved for electronic manufacturers such as Samsung or LG, which are now being hosted by automotive brands such as Mercedes, who in 2015 debuted a new car concept and Nissan who was one of this year’s headline speakers.

As an industry that’s seen little change in the last 10 to 15 years, the automotive sector is ripe for an innovative shift. We are seeing a greater demand for smarter and more connected experiences and the tech on show at CES reflected this.

The first few days of CES saw announcements from most of the major manufacturers regarding concept cars and their visions for what the future of the automotive industry might look like. Toyota, Nissan and VW exhibited their own concept cars, all of which, despite none being close to consumer-ready, were major points of attraction.

Many of the concept cars on show, however, were purely that, concepts. Visions of the future that are probably five to ten years away from becoming realities. However, the most notable advancement and one that’s attracted considerable attention at CES and beyond is, of course, the shift towards driverless – a technology that is being heavily invested in by those showcasing at CES. Driverless tech has come on in leaps and bounds in the past 12 months. What was a clunky system of basically sticking a camera to a car has now become a streamlined, integrated bit of tech that’s slowly making its way into the real world: from Ford’s parking assistance to Tesla’s motorway autopilot.

Whilst walking the north hall of the Las Vegas convention centre (an area that has seen a 20% growth in the automotive exhibitors in the past few years), I stumbled across Divergent, a 3D car printing company. Divergent’s mission is to replace planet-destroying manufacturing with plant saving manufacturing through the use of metals and carbon fibre as opposed to plastics.

However, it was two-year-old startup and new kid on the block Faraday Future, the car company looking to rival Tesla in the electronic vehicle market, who stole the show by unveiling its plans to disrupt the industry with the world’s fastest-accelerating electric car – the FF91.

With all these incredible advances in automotive technology and manufacturing, there’s no doubt we’ll see a real boom of innovation between now and next year’s CES. The future of travel is driverless, it’s fast (the fastest, in fact) and it’s sustainable. There’s more to come, so stay tuned!