Innovation in Product Design is More Important than Ever Before 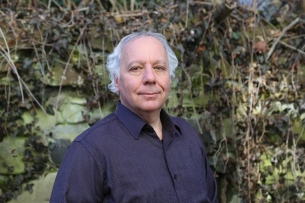 Dan Formosa is a consultant in design and design research. He has developed products and services in a wide range of categories. With a background in product design, he holds a Masters and a Ph.D. in Ergonomics and Biomechanics. Formosa based his career on the idea that design should focus on people, not things. His work has received numerous design awards and has been selected for national and international exhibits. Here he sits in with LBB to discuss his upcoming Cannes experience.

Dan Formosa> Because I served as a member of the Product Design jury last year I have some idea what to expect. Last year marked the first time Product Design was included at Cannes Lions. We spent long hours in the judging room evaluating entries. With other events taking place simultaneously, and the beach just outside, being on the jury requires some focus! Assuming we’ll be inside most of the day, I think I’m going to prepare myself by getting some sunshine at home in the weeks before the sessions take place – just in case I don’t see the sun in Cannes!

DF> The addition of Product Design as a category in the Cannes Lions festival offers a chance to make this award program unique among other product design programs. Marketing and advertising messaging has moved from a “top down” system, where companies try to persuade us, to a “bottom up” system, where we are informing each other about our real-world experiences with a product, service or brand. Today, the product itself is the message – it is the strongest and most authentic, direct representation of that brand. In the spirit of the Cannes Lions event, I will encourage the jury to keep in mind, as an important factor, the ability of that product to accurately represent its brand’s values.

DF> Many entries in the newly established Product Design category last year suffered from a common problem – they were obviously written by public relations, marketing or advertising teams, not by the design team that created the product.

Instead of telling us the “design story,” the entries were “selling” the product to the jury – telling them about the features and benefits, as you would see in an ad. They didn’t bother to explain what the design team conceived or contributed – nor did they seem to know. We suspected that some did not even consult the design team about the entry.

It’s unfortunate – and quite frustrating for us. The jury needs to be confident about its decision to grant an award. Instead the entries, as written, often leave us with questions and uncertainty. It helps the jury immensely when the written portion of the entry points out the many things that the jury cannot possibly know from simply seeing the product. It seems obvious, but it’s surprising how many entries leave us to guess.

LBB> When you’re leading a jury, how do you give space to these ideas in the jury room?

DF> When the jury first gathers I plan on giving a short introduction to the sessions, addressing the points mentioned. Also I’ll remind the jury to be aware that the quality of an entry’s written description can do a lot to either convince or, when poorly written, confuse the jury. It’s the “unclear” entries that may be consuming a good portion of our time.

LBB> Obviously you’re going to spend a lot of Cannes 2015 locked inside for jury deliberations… but is there any event or talk your hoping to catch while you’re there?

DF> There are many sessions in the Cannes Lions schedule that I would like to be able to attend. In New York I’m involved in an initiative called 4B Collective, designing better products and services for the (almost) four billion females in the world. I would like to see the “Marketing to Women” session on Wednesday. Although, in my experience attending other events in the past, I have seen some super-inspiring talks coming from previously unknown and unexpected places.

DF> In the design category, one topic is likely to be the ubiquitous “I” word – innovation. Designers are being enlisted to tackle a wider range of topics than ever before. Design holds power. We’ll be looking this year see how well that power is being harnessed by companies and organisations – and hopefully being used for good, not evil!