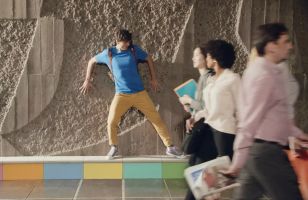 Two new colourful spots have released for the innocent ‘On The Bright Side’ campaign from Mother, urging us to dodge the daily grind and keep stepping.

The campaign highlights ‘the innocents’: those who go that extra mile. This proves perfectly complementary to director Danny Sangra, who has developed his own unique film and comedy style. Known to always push look and character a bit further himself, the innocent microcosm he creates is a heightened one, with meticulously coordinated visuals, lighting and a charmingly deadpan sense of humour. Each with a precisely arranged colour palette, signature to Danny’s work, who is known for his surreal and comedic fashion and short film work.

In ‘Rooftop Breakfast’ Geoff, a ground floor resident, decides it’s too much of a nice day to have breakfast inside as he takes his neighbours up, and up, and up.

For 'Jump Street' we meet Joe, our man who enthusiastically quick steps and bounces around the city, taking 'avoid the cracks' to another level. 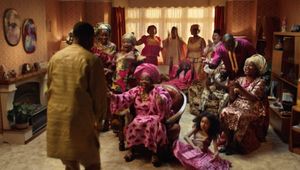 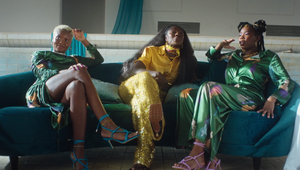 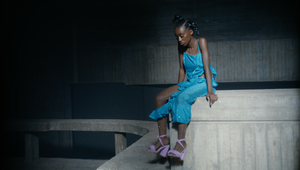 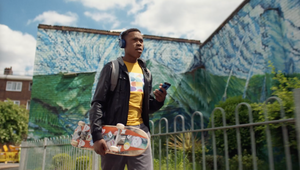 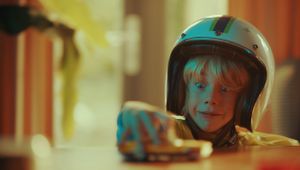