Awards and Events 174 Add to collection

2016 festival will take place in Busan, South Korea, from 25th to 27th August 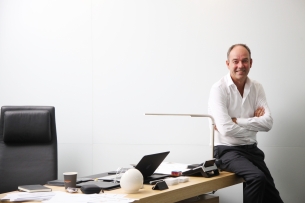 “I attended AD STARS for the first time last year shortly after I joined Innocean. I was due to only stay for one night but ended up staying three nights. It was a lot of fun,” says Craigen.

“I think AD STARS is one of the most interesting award shows in the world due to the fact that anyone can enter their work – even people who don’t work in advertising. It’s also free to enter most categories, which makes AD STARS accessible to all types of agencies and creative businesses. For this reason I’m especially excited to be joining the festival as an Executive Judge this year.”

Craigen joined Innocean as its CCO in August 2015 following many award-winning years working at DDB, where he was Global ECD for Volkswagen. He first joined BNP DDB Needham in 1990 after beginning his career at Ted Bates, later becoming Executive Creative Director of DDB London in 2003. As ECD, he led the agency to be named the ‘Most Awarded Agency in the World’ by the Gunn Report twice.

Now travelling regularly between Innocean Worldwide’s offices in London and Korea, he says: “My remit is simple. Make the work better, grow the business. What I love about INNOCEAN is their honesty about themselves and their ambition for the future. I’m looking forward to bringing some of this passion for this industry to the role as an Executive Judge at AD STARS.”

Entries to the AD STARS Awards 2016 are now open. To enter, submit your work before Sunday 15th May 2016 here.