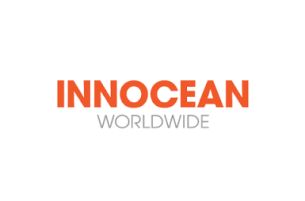 Jeff Bossin joins the agency from Deutsch LA, where he was working with brands including Target, Zillow, PlayStation and Real California Milk. In his new role, Bossin will be responsible for developing and overseeing integrated national campaigns for Hyundai.

Michael Everard comes to INNOCEAN with an extensive background in the automotive category where he’s been a writer and creative director on brands such as Lexus, Honda, Toyota, Mitsubishi Motors, Chevy, and Saturn. He will be co-managing the Hyundai Dealer business.

Kelly Kliebe returns to INNOCEAN from The Garage Team Mazda and has worked at top agencies such as Saatchi & Saatchi, working on brands including Mazda, Toyota, National Geographic, Sony, and Charles Schwab. In his new role as Group Creative Director, he will work directly on the Genesis account.

Lori Martin has been promoted to Creative Director and brings to the Hyundai team an extensive background in the automotive industry, working with luxury brands Jaguar and LandRover at Wunderman. Lori will be focused Hyundai with an emphasis on digital.

Marius Gedgaudas joins the agency from Ignited as a Design Director, and has worked with brands like Target, Levis, DirecTV, Dr. Pepper, PlayStation, Taco Bell, and MTV, though he is most recognised for his work on Volkswagen’s Das Auto Campaign.

Alvaro Soto joins the agency from McCann Peru and is an internationally recognised award-winning writer known for campaigns for Sodimac Homecenter, “Resting House” and “Hijacked Highway.” Other Brands he has worked on: LAN Airlines, Ducati, and Coca-Cola.