With a cheeky campaign that introduces one badly annoying neighbour 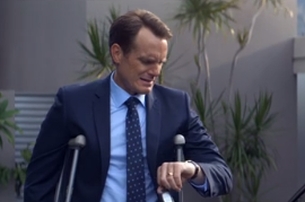 Hyundai has launched the first phase of its All-New Sonata campaign with a charming 60 second spot.

Created by agency partner Innocean Australia and directed by Finch's Nick Ball, the spot highlights what can happen when you let someone else get behind the wheel of the Sonata.

Creative direct Scott Lambert says: "It's rare to get a chance to create a visual narrative that can tell such a charming little story. The idea, talent and music marry perfectly together."

The campaign will also include a dedicated spot for Hyundai's sponsorship of the ICC Cricket World Cup, which starts on February 14th, and this will be followed later by a digitally-led content component.