Davis joins from MJW Sydney and Sherar from Havas London. 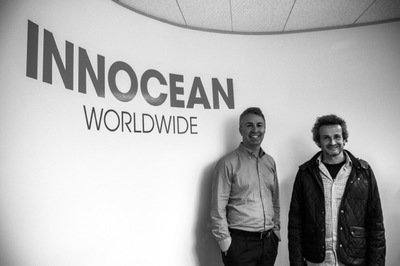 Davis comes from MJW Sydney, where he was head of planning. Prior to that he was head of planning at Leo Burnett Sydney and was part of the leadership team that saw Leos become one of the most awarded agencies in Australia for campaigns including Bundaberg Watermark and Canon Photochains. He has also occupied senior planning positions at BMF and Clemenger.

Sherar joins from Havas London where he was global group director for Reckitt Benckiser. Sherar is no stranger to Australia having run the VW account at DDB Sydney from 2001-2004. He began his love for automotive advertising at BMP/DDB in London in the 1990s, working on VW during the golden years, where he first worked with Innocean Worldwide's global chief creative officer, Jeremy Criagen. Sherar also spent time at TBWA London on Nissan.

Says Peter Fitzhardinge, CEO, Innocean Australia: "Scotty and Philip are great hires. I worked with Scott at Leos when we were doing the best work in the country. He's a very thoughtful and considered thinker and his collaborative style leads to developing great brand storytelling and intelligent and provocative work. I'm very happy he's here. Philip has one of the best automotive pedigrees I have ever seen, probably the best. He did some wonderful work on VW during his times in London and Sydney and he has a great account man's style. He will lead the team here and will partner Scott brilliantly."

Says Dave King, ECD, Innocean: "In the short time Scotty's been here, he's shown what a smart guy he is. He's got a great mind. And straight away you can see that Philip is class. We'll all benefit from having two such talented guys as part of the Innocean team."
view more - Hires, Wins & Business