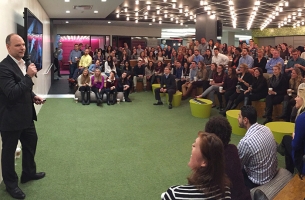 Initiative, a global communications network within IPG Mediabrands, announced today that it has been honored with the ‘Workplace Innovation’ award by the International Facilities Management Association in recognition of the agency’s new global headquarters in New York.  Each year the IFMA recognizes office spaces in a variety of categories at its annual Awards of Excellence.

“When we set out to design our new headquarters we wanted an office that reflected our culture and core behaviors but also redefined what a media agency should look and feel like,” said Peter Mears, President and CEO, Initiative North America. “We’re honored that a prestigious industry organization such as IFMA recognized our efforts to create a progressive and innovative work environment for our colleagues.” 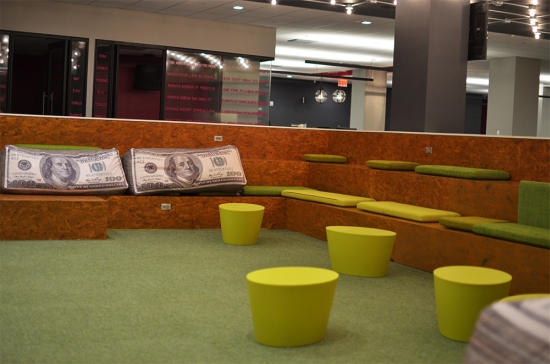 The new 100,000 square foot office located at 100 West 33rd Street in New York was designed by Ted Moudis & Associates.  The completely open ‘hotel’ style environment has several features the IFMA felt made for the most innovative workplace including:

- Unassigned daily seating for 500 colleagues in a completely digital environment

- No personal offices, file cabinets or desk mounted phones located within the office 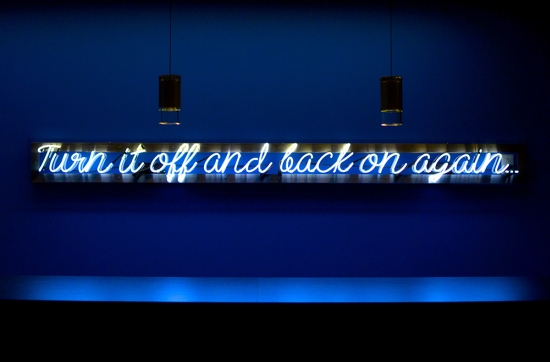 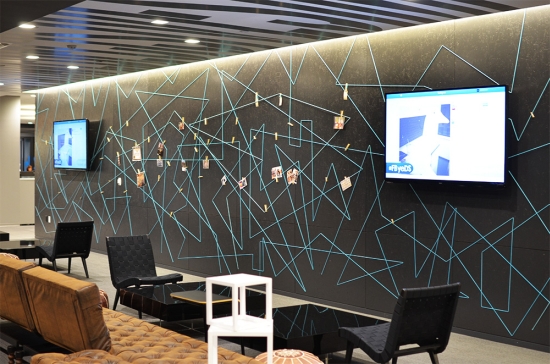 The new location which Initiative moved into in late November 2014 has also enjoyed a solid social following with #thenewhq receiving regular traction from colleagues and members of the industry during events hosted at the office.  During its brief use – the office has hosted a private concert with a billboard chart topping musical act, as well as a visit from sports figures including a Heisman Trophy winner and a 350 guest industry appreciation event on behalf of a flagship client.