Influencers: Beyond the Selfie

The Influencers 400 Add to collection 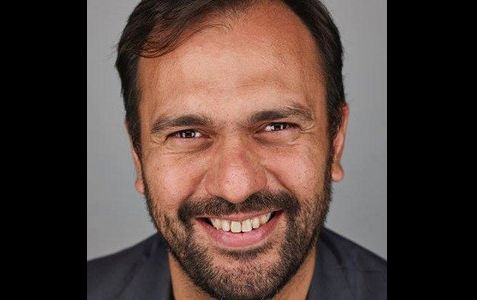 Zoella had to flee her Covent Garden pop up shop despite the London Met Police deploying the type of crowd control not seen since the 1960s ‘Beatles Mania’. More people follow YouTuber PewDiePie playing videogames every week than watch the final of Britain’s Got Talent. While all types of brands are boarding the influencer train, very few are enjoying the ride.

When it comes to product placement, most advertisers and agencies liken influencers to actors. They’ll gift influencers a product, wrapped in a pretty box and just expect them to post a selfie with said product. Whilst it might work for some, we’ve seen a long trail of influencers whose personal brands have been destroyed by embracing this throw-caution-to-the-wind model.

At Craft we’ve been working with influencers for years, commissioned for brands like L’Oreal, Mastercard, Pandora and Microsoft. In fact, influencers were at the core of our multi award-winning Xbox campaign ‘Design Lab Originals: The Fanchise Model’.

So - how do we make our influencer campaigns so successful? The secret lies in thinking beyond the selfie, channelling all the areas touched by influencers and remembering the following:

• Influencers are today’s new celebrities: From nano-influencers to macro-influencers they have a following of people who engage with them and trust them. They expect truth and good judgement from influencers. The consideration to purchase ratio on influencer marketing (when done well) is simply off the charts at 48%.

• Influencers are brands themselves: They have a format and a tone of voice, which people buy into. When working on our Xbox Fanchise Model campaign we looked at ways to visualise the convergence of both Xbox and the influencer’s brand. That’s how we came up with the illustrations that influencers shared across social media. Not because they had to, but because they thought they were cool, authentic and very much their own creation.

• Influencers are creatives: They have the means of expressing a brand and are constantly looking at creative ways to evolve it. When we identified influencers in the music world to create a new version of 'Uptown Funk' with Mark Ronson for the 2016 Brit Awards we didn’t direct every frame of the campaign, but rather brought the influencers and Mark under the tent to co-create.

• Influencers are media channels: Their impact can be measured, they can be incentivised on performance and they get feedback from the audience that can help any brand test its kudos and learn.

But their world is not all poses and freebies – influencers face challenges too – the biggest ones being saturation, transparency and evolving formats. You only need to go to Refinery29’s latest pop-up show in New York to know what I’m talking about. Having thousands of influencers posting selfies next to a logo at a cool location has been satiating everybody’s fleeting FOMO, but there’s no denying this formula is starting to become a little old hat.

By working closely with influencers, we can help to further enhance and strengthen the brand-influencer relationship by finding new formats and themes. For example, Nike’s latest campaign focused on shared values instead of the product.

What we bring to the table as agencies is our understanding of brands, our creativity and our ability to make things. Many influencers were living at home with their parents just a year ago (some of them still do), because they can’t quite get past that selfie or three-minute behind-the-scenes testimonial. That’s where we come in.

In a time of trust-fatigue, when people look to brands to fix world-problems rather than their appointed leaders, influencers should be part of the brand’s storytelling. When influencers are the right fit, the brand is naturally integrated into their lives and they can’t help but tell that brand narrative with clarity, honesty and poeticism. The world spends over two hours a day interacting with influencers and has a growing appetite for something more than a selfie – they want a well told story and to be entertained with meaning and truth.