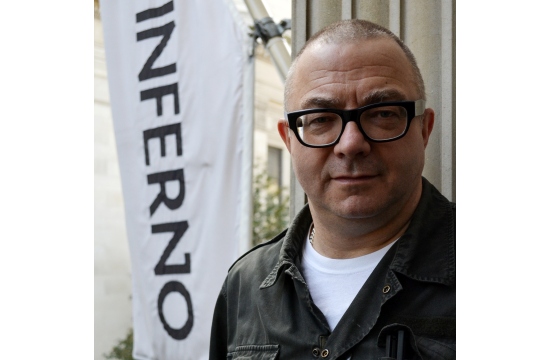 Inferno announces that Dirk Van Dooren has joined the company as Head of Visual Output. He is tasked with ensuring creative and design excellence for the integrated agency, drawing on a track record of successful national, and international, commercial and cultural projects.

Dirk co-founded Tomato in 1991 which he ran to date; the agency works to develop cross-platform, multimedia projects for business across sectors such as fashion, architecture and advertising. He was also Executive Creative Director for fashion label Aspesi (based in Milan) from 1994 to 2013; and Creative Associate at Fallon from 2008 to 2010, where he worked with a roster that included Eurostar, French Connection, Cadbury’s, Tate Gallery and Nokia. In a freelance capacity Dirk has worked for high-profile clients and major advertising agencies in Europe, Asia and the USA.

Dirk has won numerous awards and nominations, such as for Tokyo Directors Club and the Judges Special Prize at the Charlton Film Festival. In 2007 his design for the flagship Aspesi was voted ‘The Best Store in the World’ by Wallpaper Magazine. Dirk won a Campaign Gold for Cadbury in 2009 and his work with French Connection won Silver Pencils at D&AD and Creative Circle Gold Honours in 2011.

Al Young, Chief Creative Officer, Inferno, said, “Dirk’s hire is a coup for Inferno. He is one of the best art directors I have worked with and his pedigree speaks for itself. And he brings with him, more than just an exceptional eye and design mindfulness. He has a broader curiosity for the world around him, which will benefit our clients as much as it does”.

Dirk Van Dooren said “The pursuit of design excellence does not simply benefit clients and consumer experience. It enhances the environment around us all. Inferno shares my desire to contribute in this way, further to simply meeting and beating marketing objectives”.