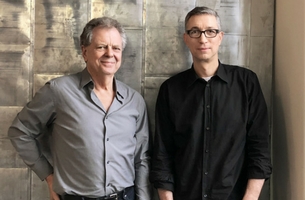 Industrial Color Studios today announced its acquisition of Click3X, the pioneering film, video and post production studio with over 25 years of award-winning industry expertise in new media formats such as VR, AR, CGI and Live-Streaming.

With offices in New York and L.A., Industrial Color has developed its own proprietary systems to support online digital asset management for video editing and high-speed file transfers for its clients working in broadcast and print media. The company has built a reputation as one of the leading, end-to-end visual content production providers, partnering with top brands, agencies and creative professionals to accelerate multi-channel creative content.

Click3X was founded in 1993 by Peter Corbett, an industry visionary and co-founder of numerous companies specialising in both traditional and emerging forms of media.  These include Media Circus (a pioneering digital production and web design company), IllusionFusion, Full Blue, ClickFire Media, Reason2Be, Sound Lounge and Heard City. A long-time member of the DGA as a commercial film director, Corbett emigrated to the US from Australia to pursue a career as a commercial director and, shortly thereafter, segued into integrated media and mixed media, becoming one of the first established film directors to do so.

Known as a specialist in integrating video and digital production, Corbett and his companies have consistently been in the vanguard, both creatively and technologically, working in a range of disciplines across multiple media and distribution platforms. Projects produced at Click3X have been honoured with the industry’s top awards, including Cannes Lions, Clios, Andy Awards and others. Click3X also was presented with the Crystal Apple Award, presented by the New York City Mayor’s Office of Media and Entertainment, in recognition of its contributions to the city’s media landscape.

“We’ve seen a growing need for video production capabilities and have been in the market for a partner that would not only enhance our video offering, but one that provided a truly integrated and complementary suite of services,” says Steve Kalalian, CEO of Industrial Color Studios. “And Click3X was the ideal fit. While the industry continues to evolve at lightning speed, I’ve long admired Click3X as a company that’s consistently been on the cutting edge of technology as it pertains to creative film, digital video and new media solutions. Our respective companies’ share a passion for creativity and innovation, and I’m incredibly excited to share this unique new offering with our clients.”

“When Steve and I first entered into talks to align on the state of our clients’ future, we were immediately on the same page,” says Corbett, President of Click3X. “We share a vision for creating compelling content in all formats. As complementary production providers, we will now have the exciting opportunity to collaborate on a robust and highly-regarded client roster, but also expand the company’s creative and new media capabilities, utilising over 200,000 square feet of state-of-the-art facilities in New York, Los Angeles and Philadelphia.”

The added capabilities Click3X gives Industrial Color in video production and new media mirrors its’ growth in the field of e-commerce photography and image capture. The company has recently opened a new 30,000 square-foot studio in downtown Los Angeles designed for produce high-volume, high-quality product photography for advertisers. That studio complements the company’s existing e-commerce photography hub in Philadelphia, making it one of the country’s largest resources for marketers utilising every aspect of the web to drive sales.