Navin Balakrishnan to take over 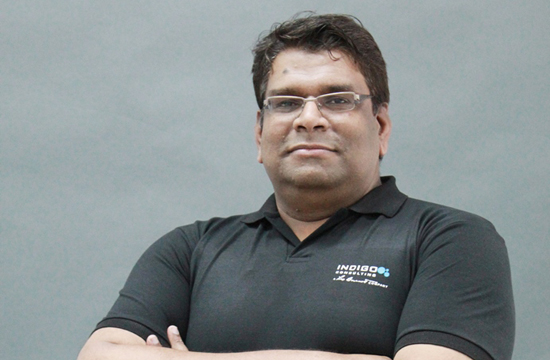 Indigo Consulting, India’s leading digital agency, today announced some significant changes to its management team. Previously the Creative Director of Indigo Consulting - Mumbai, Mr. Navin Balakrishnan, has been promoted to National Creative Director, and will now oversee the agency’s creative work across offices and practice areas. Mr. Satwick Saxena, formerly the Business Head of the agency’s mobile marketing division - Thmbstrk, will now be responsible for leading strategy and account management of both new business as well as existing key accounts. A search for a new incumbent for Thmbstrk is actively underway.

This move follows the agency’s internal restructuring into four client groups, each headed by a Growth Leader and dedicated strategy, account management and creative teams.

Commenting on Mr. Balakrishnan’s new position at the agency, Mr. Vikas Tandon, Managing Director, Indigo Consulting says, “Navin has led and nurtured our creative team in Mumbai for the past six years. He has been directly responsible for some of our most outstanding projects for clients like HDFC Bank, Kolkata Knight Riders, Max Life Insurance and others. He has also led us to many awards during the years. In his new role as National Creative Director, I am confident that his leadership and expertise will support us in our mission to build Indigo Consulting among the most creative digital agencies in the region.”

Mr. Balakrishnan says, “I’m humbled by my new role and extremely excited with this opportunity to further myself and the agency. Indigo has played a pivotal role in cultivating and shaping my skills and I look forward to having a more active role in crafting the creative vision that will take us to the next level of digital greatness.”

Mr. Saxena has been a part of Indigo Consulting since 2010 and has led and shaped Thmbstrk since its inception in 2011. He is a graduate in Electronics & Communication, with over seven years of experience spanning technology, media and digital marketing. As the youngest senior manager in the agency, Mr. Saxena has been responsible for producing cutting-edge mobile work that has won accolades at prestigious award functions, including three Abbys this year alone.

“Apart from Satwick’s strong expertise in mobile marketing, he has a very good understanding of digital media as well as excellent client and project management capabilities. This combination will, I am confident, bring him a lot of success in growing Indigo's business and creating stronger client relationships,” says Mr. Tandon.

Mr. Saxena says, “After a highly rewarding three years of leading Thmbstrk, I look forward to the new role and the opportunity it presents to drive the overall digital strategy for Indigo's clients.”