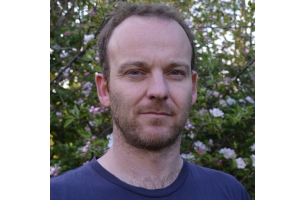 Leading customer engagement agency Indicia, has appointed Barry Redford as Lead Designer as it looks to strengthen the creative team. Redford will lead the design team across key clients and was appointed by Andy Barwood, who joined the agency as Creative Director last year.

Redford joins from Media Clash where he was Lead Designer and prior to this held the position of Senior Design at TMW, Crayon(Karmarama) and The Real Adventure. During Redford’s 15-year career in design he has worked with many high profile brands such as Honda, British Airways, Diageo, Sony and Marks & Spencer, with a particular focus on CRM, digital and branding. Redford is an award-winning designer and has won a Gold Cannes Direct Lions and a DMA Gold for designing Guinness’s CRM campaign.

Andy Barwood, Executive Creative Director at Indicia, comments: “I am delighted to have the opportunity to work alongside Barry again. He is one of the most talented designers I have had the pleasure of working alongside during my time at Crayon and TMW. With his expertise across CRM and digital, he is the perfect candidate to take Indicia’s design craft to the next level and produce work that creates true customer engagement across all channels.”

Barry Redford added: “Indicia is an exciting and vibrant agency that really understands the importance of building long-lasting customer engagement in a fluctuating, always on world. I look forward to joining the creative team and helping the agency to produce award-winning design that connects on a deep level with customers.”