LBB’s favourite work of the past year; cricket, chillis, dreams, hopes and more 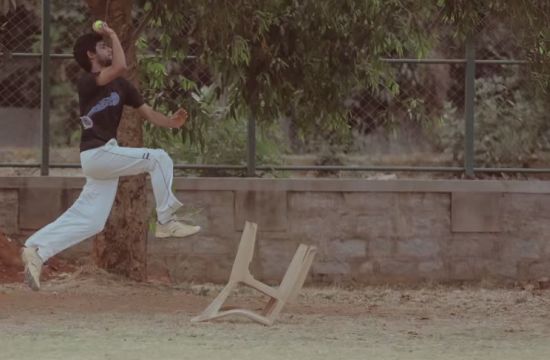 This is a rather superb round-up of the past year’s most eclectic Indian advertising. Your eyes and ears are going to love it.

Offroad Films’ Manoj Tapadia travelled the length and breadth of India in this gorgeous four-minute film from Lowe Lintas. It celebrates the end of polio in the country.

A man travels from busy Mumbai to a remote Sri Lankan island to share his love of books with a group of kids. Creative out of Orchard Bangalore and direction from Equinox Films’ Ram Madhvani.

This most epic ode to cricket involved the aid of over 200,000 photographs, 1,440 young cricketers and 108 photographers. It was created and directed by JWT’s Senthil Kumar.

SapientNitro created this interactive film for DBS Bank that allows the viewer to decide the fate of Asha and Ken’s love story. There are eight possible endings. Try it out here.

This BBDO India-created campaign focused on female empowerment by following a lady, who teaches women to design and stitch the Hindi alphabet into their sarees. The idea meant that they could teach themselves while going about their daily routine.

750 musicians gather in one room to play 14 genres of music in this impressive production from Equinox Films’ Ram Madhvani and Taproot India.

To motivate the citizens of India to keep the country clean, the Prime Minister of India launched ‘Swachh Bharat’. The idea, created by Grey Group India, involved shaming compulsive litterers by sarcastically cheering them.

This film from McCann Erickson, Delhi and Early Man Film’s Vinil Mathew tells  the charming story of a stammering comedian and importance of coffee in his life.

Mumbai is one of the fastest developing cities in the world. NAGAR, an NGO that protects open spaces, was worried that childhood was getting lost underneath all of the construction. Grey Group India launched ‘Concrete Playgrounds’, an activation campaign that highlighted the issue by building play equipment into concrete, making it impossible to play with.

Many of us take the ease of online shopping for granted, so Google celebrated its unsung heroes in this film from Ogilvy Mumbai and Asylum’s Raaj A Chakravarti.

Kids in rural India areas find old, heavy water pumps hard to use and, as such, are less inclined to clean their hands. Geometry Global created ‘Jump Pumps’, transforming the former heavy-handed handles into a fun activity.