In London, Characters and Creativity Can Be Found Anywhere in Nike x Patta’s Latest Campaign 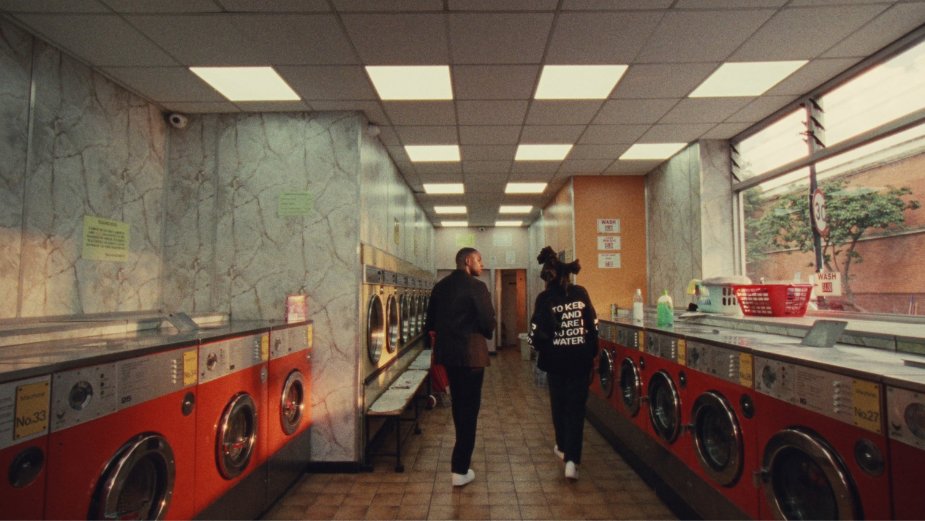 The Wave, the latest campaign from the collaboration between Nike and Patta, celebrating a reimagining of the Air Max 1 sneakers, takes its inspiration from the creative and cultural diversity of London across four films. Channelling the city’s endless possibilities, it envisions scenarios like running into your favourite designer or rapper in an unlikely location - a greasy spoon or a laundrette. Shot on 16mm film and directed by Mahaneela, with creative input from Steve McQueen’s Lammas Park production house, the final look is bathed in a hazy soft light, giving the films a retro dream-like appearance.

The films were executive produced by Stacia Akaba at Tag Collective Arts,[1] [CG2]  who has previously worked with Mahaneela on numerous projects and knew how to help bring the director’s vision to life. Mark Horrobin and Alex Nerzic, colour, and Richard ‘Stretch’ Russell, Tim Davies, Tommy Coulter-Liston, and Emily Govinden, VFX, worked their magic on the final look, imbuing the films with texture, tone, and effects that effortlessly shifted between stylised reality and dream sequences.[CG3]

Today, LBB speaks with Stacia, Mark, and Stretch all about the films’ concept, the free reign to create those distinct feelings of being in a dream, and what it was like to work on such a cool collaboration…

LBB> Tell us about the concept and ideation process; was it straightforward, collaborative, challenging?

Stacia> I was first contacted about this Nike project back in April 2021. Director Mahaneela is someone I have worked with many times before. We had worked on some really cool projects previously, each one growing in scale and production. When the producer, Bona Orakwue, got in touch as the executive producer at Lammas Park I was chuffed. I have known Bona many years prior to this, but this was going to be our first project together! I remember our first Zoom call where we discussed the concept – a film made up of four parts, but whilst each film can stand alone, each representing a different part of Abdul’s - the protagonist - journey, they would all tie in together, taking the viewers along with him.

LBB> The spots look highly stylised, with light and texture creating a dream-like, retro mood. How did you work with the director, Mahaneela, to achieve this?

Stacia> Mahaneela has a way of pulling you into her head with a mix of references. Through conversations and descriptions of textures and feels we were able to create this dream-like world, which features across the films. We split the films up between our VFX team - Tim, Stretch, Tommy and Emily - and between them we were able to bring her vision to life. There were some other key points in the VFX, some of which can’t be seen or noticed and then some more obvious parts – such as making a pair of trainers walk across a ceiling!

LBB> What was the most challenging part of working on the spots? And what were the highlights?

Stacia> Sneakerheads across the world were anticipating this drop, waiting for the opportunity to get their hands on a pair of limited release trainers. Having such a hard deadline of course added immense pressure (especially as VFX featured throughout most of the films). Once the 60-second trailer had gone live on Channel 4 (during the Black to Front segment for Black History month last October) the films were then delivered in quick succession, with the last release dropping in December – just in time for Christmas if you were lucky.

Working with such talented people in front of and behind the camera was definitely a highlight. The films featured the likes of UK legends Skepta, Ozwald Boetang, Mo Farrah, Little Simz, and was directed by the incredible Mahaneela with Steve McQueen’s Lammas Park behind the production.

After navigating through the usual challenges such as time difference and tight turnarounds - the reward and one of the many highlights was working with a large talented team based in various parts of Europe and America and watching the films play on the SNKRS app with each trainer selling out in minutes. (Admittedly, I wasn’t able to get my hands on a pair!) The director’s version of the film was also screened via Dazed and was watched by thousands, it honestly was a proud moment and was the cherry on the cake!

LBB> What was it like working with Nika and Patta Lammas Park Productions?

Staci> Lammas Park, founded by Steve McQueen, is known for its socially and culturally aware contribution to projects. This is evident by looking at the pool of talent selected to work on this project. SMQ worked alongside Mahaneela, taking the position of Creative Director.

LBB> The spots have a hazy, slightly vintage look about it. What was the colour brief like? Did it shift between spots or was continuity the goal?

Mark> There was definitely a theme running through the spots. Three of us worked on different pieces but we all adhered to the initial brief. This was informed, to a large extent, by shooting on 16mm film. A soft, naturalistic, warmth was what was initially discussed.

LBB> What kind of mood, effect, setting did you try to invoke with the colour grade?

Mark> Shooting 16mm gave the spots an inherent texture. The aim was to create a filmic, yet documentary feel which captured the subjects striving in a real-world environment.

LBB> Tell us about theVFX brief on the spots and what was your initial response? Did it shift between spots or was continuity the goal?

Stretch> The initial conversations that we had during pre-production included discussion of a range of effects, some specific to each film, with others to be recurring across all films. As with all projects, some of these were dialled back or removed entirely during the journey from pre-production to post. However, one key element that never changed was creating a recurring ‘dreamlike’ effect that would be consistent between all the films.

This is the kind of brief that excites me on a job. The director was very keen for us to use our own experience and creativity to lead the effect. After our initial discussions, I was able to work up a few options for how this dream state could look, which gave the director and production team something to keep in mind when shooting the scenes that would be getting this treatment.

LBB> How much direction/creative freedom did you get for the VFX?

Stretch> In creating the dream-like sequences, we had free reign to try anything we thought would add to the effect. As the films moved through off-line and into post-production, new effects were desired (such as adding light trails to certain shots) and with these, the director had a certain visual in mind, but how we created that feel was left to us.

LBB> To the untrained eye, most of the spots don’t look like they have any VFX, while some aspects are heavily stylised, even surrealist. What was VFX’s role on this project?

Stretch> Some of our work on this job was what we lovingly call ‘invisible VFX’, where if you are seeing what we have done then, we've not done a very good job. This kind of thing is removing people from the backgrounds of shots, tidying up bits of the set, and so forth. But here we were tasked with enhancing the feel of certain scenes. There are sections where the protagonist for the film enters a bit of a dream state. Where their creativity is allowed to flow, and here we establish this feel by selectively focusing your attention using blurs and colour manipulation, adding extra layers of elements. We also assisted a pair of trainers to walk up a wall and across the ceiling, but that's an industry secret!

LBB> Did the production run into any challenges and, if so, how did you deal with them?

Stacia> the actor playing the protagonist unfortunately tested positive for Covid but we managed to replace him a couple of days before the shoot. Channel 4 picked up the trailer to be aired for BHM, which was amazing, but this meant we had to get it ready and delivered sooner than anticipated!

Mark> The most challenging thing for me was maintaining consistency of texture, as it was shot with available light. The film works harder in low light and the grain becomes more apparent. This was also the case on any slow-mo shots, so keeping the grain under control in these circumstances was the biggest challenge.

Stretch> The schedules for each of these films became quite compressed. The main challenge was completing all the work within the time we had. The highlight is definitely the end result, I think the work we completed added to the films in a way that could not have been achieved without VFX. 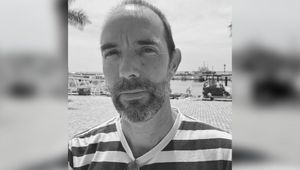 Mark Horrobin Reveres Working with Film, and Favours Restraint in the Craft of Grading 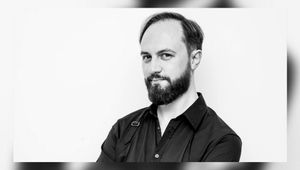 Rik Grant: “Transcreation Is a Form of Linguistic Alchemy” 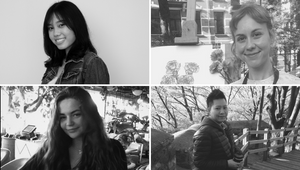