In Conversation With: McCann Bucharest

Trends and Insight 498 Add to collection 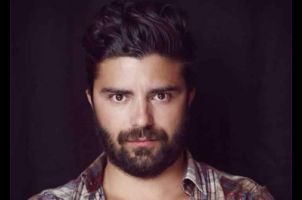 When it comes to Romania’s ever-growing horde of international advertising awards, McCann Bucharest is one of the agencies really bringing home the Lions (and Drummers… and Pencils…) McCann Bucharest was the country’s best performing agency at Cannes lions this year and it has an unbroken six-year winning streak, spurred on by work for clients such as ROM chocolate and Vodafone. LBB’s Addison Capper caught up with one of the office’s executive creative directors, Catalin Dobre, at the Golden Drum festival in Ljubljana and discovers a nation with creativity embedded in its hearts.

LBB> How would you characterise Romanian advertising in 2016?

CD> I’m an optimistic guy and that filters down to my thoughts about the advertising industry in my country too. We’re on the rise. I think this also applies for the whole region but we started out a bit earlier in Romania and that really let us get a hold of the game. We’re in a country and region that has a lot of opportunities. Everybody likes to complain about budgets, clients, adaptation work, etc., and also social problems. But we’re in a position where we can take these problems and turn them into creative opportunities. If you look at any great idea, it comes from a great problem. And we have a lot of them, socially and politically. I think that makes us super lucky. When you have an interesting problem, it forces you to come up with an interesting solution.

I also think that Romanian people and our spirit are designed for creativity. This all connects back to the problems. We’re forced in our daily life to figure out solutions to problems - and that trains our brain to devise interesting solutions and to actually become creative. We just need to focus it in the right direction and apply it within our work in advertising.

LBB> So there’s a creative spirit embedded in everyday culture too?

CD> Yeah, it’s as if we’re designed in a hacker mode - to break the rules, think smart. This can be applied to advertising. You see a lot of campaigns that hijack a different medium or try to break the rules - and this is what we do.

LBB> Tell me more about the opportunities of tackling local issues.

CD> One example is our client ROM, it’s a chocolate bar that has the national flag on the packaging. It’s extremely traditional - my parents would always buy it. They were struggling because at one point they became irrelevant for young people and we needed to reconnect with them. But the DNA of this brand really sits within that strive to solve local tensions - it tries to empower Romanians to fight for different causes - so each campaign is meant to activate national spirit and patriotism. But if you tell young people that they need to be more patriotic, you’re just being preachy. So instead we used an insight that we called reactive patriotism. What I mean by that is when Romanians speak amongst themselves about Romania, we speak of corruption, being poor, lack of infrastructure, etc. But if somebody from abroad tells this to a Romanian, we will instantly defend it and never admit such negativity. We wanted to use this for ROM, so we changed the Romanian flag on the packaging to an American one and created a campaign (entirely in English) telling people that everything that comes from America is better and we wanted to make the brand cooler. But really we were just looking to provoke the younger generation. They immediately started to defend it. There were petitions on Facebook, some people even took to the streets. After a week of teasing the American flag, we brought back the original. I really think that campaign is a perfect example of how we play a lot on these social insights.

My answers might seem a bit like a HR speech trying to attract people to come to the Romania but if I were to look at the region I do think that Romania is the country where most stuff is happening. We’re more flexible, you can produce stuff easier.

LBB> Do you get much international talent come to Romania?

CD> At McCann we have Spanish, Swedish, Israeli and more. International talent enriches the culture within the agency - because even if we are working on a campaign that is playing on local nuances as mentioned before, it’s always interesting to hear the opinions of someone from outside the country.

LBB> Why is it a desirable market for outsiders?

CD> Well, once you become part of the culture and understand what’s happening, it’s easier to come up with relevant insights because the culture pushes you to do it. And I really do emphasise that you can do it - I look at the campaigns we do and I think a lot of them would have been much harder to produce in, say, America or the UK. That’s a great advantage because it makes creatives doers - not PowerPoint presenters.

LBB> So would you say clients are relaxed in Romania?

CD> They’re open to ideas. What I love about them is that our relationship is pretty much always as a team. It’s always a matter of figuring out the real problems together.

LBB> How is the digital landscape in Romania?

CD> It’s good. We have the advantage of producing digital things faster and cheaper than in the West. We have really smart programmers, the Internet speed is great because all of the infrastructure is new. So if you come up with an idea you can produce it faster - and that is really important in this digital world where we need to be super reactive.

LBB> And how about the startup scene?

CD> There is a pretty big scene in Bucharest and Cluj, which is the second city. We have suffered from a bit of a brain drain, of people moving abroad, especially tech guys. But I think that’s stopping. Five years ago, it was more a case of people realising they were talented and moving abroad to fulfil that. Now it’s more a case of proving that you can make it here in Romania.