In Conversation with Composer Jeremy Holland-Smith

Trends and Insight 283 Add to collection

Manners McDade's composer, orchestral arranger and conductor discusses his work for Les Miserables, The Passing, and other varied projects 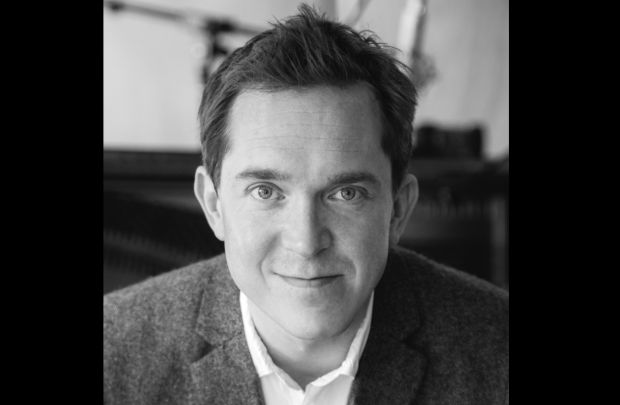 Jeremy is well known for a wide range of projects; some recent highlights include completing a ballet score for the Sarasota Ballet of “The Secret Garden”, making his BBC Proms conducting debut with the “Life Story” Prom (in London and Melbourne, 2015 and 2016), music which Jeremy himself orchestrated for the BBC television series of the same name, scoring “The Passing”, a BAFTA winning Welsh language film (2015), providing the title music for Attenborough at 90 and scoring the 30th anniversary episode of “Casualty”. Jeremy has also orchestrated the score for “Sing!’, a major Hollywood animated feature from Illumination Entertainment (UK release early 2017).

Manners McDade speaks with Jeremy Holland-Smith about his various roles, projects and inspirations around his work.

Q> Could you talk about your role as musical director and how it differs to that of being a composer?

Jeremy Holland-Smith> Interesting question! I was recently doing a recording session on a ‘secret project’ and it struck me how useful my various different roles as musical director and composer were. The ability to use musical director technical language with a top West End singer in order to gain the best performance was paramount, but the fact that it was a track that I had a hand in composing/arranging helped me to really engage with its purpose within the project and the subtleties of the piece.

With composing, in many ways you start and finish the journey on your own - the starting point is always the most difficult for me. You may be working to a brief and get lots of notes from the creative team along the way, but it’s your own work that you’re putting out there at the end of the day.

Musical direction is a collaborative role in all ways - you are always working with others to get the best out of them. Recently, I worked in a musical director role on the BBC production of ‘Les Miserables’ and that was all about working with musicians and cast on set and the producers in Brussels. I was arranging or sourcing other people’s music to fit the scenario or scene and then working to ensure the best execution by all involved.

Q> Can you tell us a bit about your conducting career?

Jeremy> In my twenties, I was doing a lot of choral conducting and there was a time that I thought that maybe that was what I wanted to do. Choral conducting really teaches you how to be expressive with very small physical gestures, to really think about how your movements affect the sound that comes back to you and the ability to breathe when they, the choir, breathe. I then started doing a lot of work with the Royal Shakespeare Company as a musical director, conducting the musicians for numerous productions and this led to conducting shows in the West End. A whole new world opened up to me. Eight shows a week conducting some of the finest musicians in London, rehearsing understudies or the chorus, click tracks, cast albums etc. As I moved into composing and orchestrating in the film and TV world, conducting orchestral recording sessions was a natural progression. It’s vital that the conductor provides a ‘bridge’ between the musicians and the control room, and having strong friendships with some of the session musicians really helps. They are the people you grew up with, shared a lot along the way and who you’ll probably end up in the pub with at the end of the session!

Q> What do you love about orchestration?

Jeremy> In short, the attention to detail. When it comes to film and TV you have to work quickly, so although the orchestration is partly done when producing the demos/mock ups, there is another level of detail that needs be applied after that. As a rule, you can’t balance an orchestra with a fader, so everything you put into the score needs to have relevance. However, with directors and producers ‘signing off’ demos you have to be careful not to veer too far away from what already exists, but the orchestration stage does give you a chance to see what problems players might have, iron them out and make the music really dance before the dots go in front of the orchestra.

When I have orchestrated for other composers, they may write a simple ostinato on two clarinets that could potentially turn into a beautifully dove-tailed ostinato for the whole woodwind section (resources permitting). You can only really see the possibilities once the midi has been extracted onto a score from the copyist. Certain projects demand a slightly different approach to or a reworking of the orchestration. Working on the BBC show, ‘Life Story’ for example, we recorded with BBCNOW and a smaller band at Air Lyndhurst, however when we performed the music at the BBC Proms I had to tinker with the orchestration in order for it to translate live in the cavernous space that is the Royal Albert Hall.

Q> Who are your main musical influences?

Jeremy> I can’t ignore all the music that I sang as a chorister at St. Paul's Cathedral. Singing everything from Byrd to John Tavener every day to such a high standard surely has to infiltrate in some shape or form. I can clearly remember the first time I heard the music of Michael Nyman on a train to the Junior Guildhall School of Music, listening on my minidisc player (!). I subsequently went to every event at a Southbank Centre Festival that celebrated Nyman’s music. It was the sound of it! An anarchic band of grungy strings, insistent bass guitar and wailing saxophones. I’d never heard anything like it. From that point on I bought every ARGO (I’m not sure it exists now!) CD there was, paid for by me playing the organ at funerals and weddings in my local church. Michael Torke, Michael Gordon, Philip Glass, Steve Reich, Graham Fitkin and Steve Martland I discovered after this and loved. Copland and John Adams followed, but having studied the organ along with composition at the RNCM I would always have to come back to Bach.

Q> What are some of your favourite past projects you have worked on?

Jeremy> As a composer, the score I wrote for ‘The Passing’ has a particular place in my heart. Writer and producer, Ed Talfan had sent me the script a year before it had started shooting. The film has very little dialogue, which is spoken in the Welsh language, and the score has to maintain and enhance the claustrophobic atmosphere that is very slowly unfolding. The only musical release point is at the very end so it was a challenge to be inventive within a consciously constricted musical palette. The score won Best Film Score in the Music and Sound Awards 2017.

I wrote a piece in 2017 for the Docklands Sinfonia, ‘The Caretaker’s Guide to the Orchestra’. The piece is designed as an introduction to an Orchestra for children and is performed in collaboration with the wonderful illustrator, James Mayhew, who paints and narrates live on stage. It has been performed to over 2000 children and was nominated for a British Composer Award in 2018.

As an orchestrator, working with Paul Englishby is always a joy. What has been interesting working with Paul recently is that the challenge has been making a small string section bigger than it actually is. Among other things, this comes down to how you divide the string section up and how the band is laid out in the recording studio. Utilising an antiphonal set up means that hopefully the end result is a perfect stereo image. On the other extreme, recording and conducting Joby Talbot’s score for Sing! in LA, we had the most enormous orchestra, the cream of the LA jazzers, a 50 piece choir and 16 boy trebles! All recorded on the Newman stage, it really was an amazing experience, but having said that I think it’s hard to beat the sound of the same size of orchestra in the hall at Air Lyndhurst.

And, conducting at the Proms. Terrifying but unforgettable!