In a Climate Emergency Do Our Actions Trump Our Ideas? 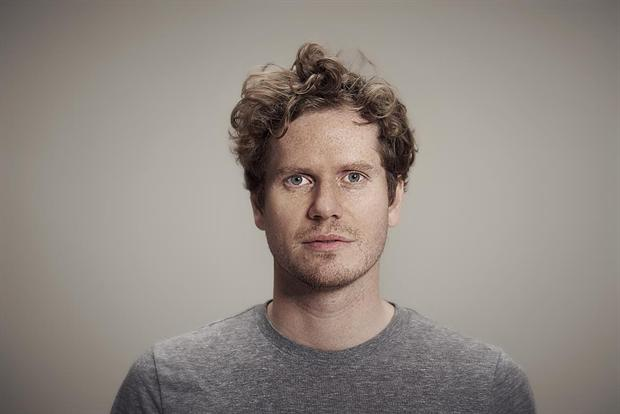 On Tuesday (25/06/2019), members of our industry will gather for the first climate summit to discuss advertising’s impact on, and role in answering, the climate emergency.

It’s been 12 long years since Al Gore’s ‘Inconvenient Truth’ jump-started the short period when the climate topped the advertising agenda, spawning the launch of M&S 'Plan A', Ariel 'Turn to 30' and many other such campaigns. The same length of time that climate scientists have given us to fix things before it’s too late.

Like many other environmentally-conscious marketers, I’ve been waiting patiently for the time we can again credibly recommend talking about the climate as a compelling way for brands to connect with their audience.

While every other industry from engineering to product design has been getting on with the job of tackling sustainability, the trend-chasing marketing industry has felt impotent. There’s simply been more pressing issues occupying the comms agenda - in the last two general elections, climate change has been outside the top 15 ‘key issues’ discussed by the media.

Now, with concerns about the climate rising up the consumer agenda, we finally have the opportunity to show the world the good that our industry can do through BIG ideas that change behaviours at a global level. As Extinction Rebellion supporter Chris Borell Barnes said when the group gatecrashed Cannes last week, “advertising is the most influential industry on the planet and it needs to use its power of influence to make governments and citizens and consumers realise how urgent the crisis is”.

Many of us will see this as our chance to make that climate inspired campaign idea a reality. Some of us will be tempted to jump on a plane tomorrow to pitch it to our senior client in the US.

But this approach reinforces the worst assumption of the industry - that our ideas are more important than our actions. By focusing on the impact we can have through our creativity, we’re in danger of ignoring the impact we create through our behaviours.

We’re used to the idea that the way to create influence is through scale - and constantly seek to create a campaign idea clever enough to mobilise the masses (whatever it takes to make it). But according to Oxfam, the richest 10% of the world population account for 49% of total lifestyle climate emissions. When it comes to the climate, the lifestyle behaviours we personally choose are worth up to 50 times that of a ‘mass’ customer.

An example inspired by Ariel. The CO2 created by one business class return flight from UK to California is 4.3 metric tons. That’s the equivalent of 40,000 people turning their laundry from 40 to 30 when they next wash their clothes, or one third of your average UK consumer's annual total. So to even counteract the effect of your pitch team flying across the pond for the next big meeting, you’re going to need one hell of an effective sustainability idea.

The world needs us. It needs our ingenuity and creativity. But even more, it needs us to do something. And the most immediate action we can take to tackle climate change right now isn’t through our ideas. It’s through our individual behaviours and influence.

A few weeks ago, Greta Thunberg mobilised 1.4 million young people across 1400 cities in 100 countries to stand up in the name of our planet. There were 447 different climate protests in the UK alone and she did it all without getting on a plane once. She did it without filming an expensive advert in destinations around the world. She did it simply by making a stand that influenced her peers, who influenced their peers, who influenced their peers.

There are nearly 1 million people working in the UK marketing industries. If we all took one significant action to reduce our emissions - say telling clients we will pitch over a video conference rather than in person - our impact could be felt. Perhaps we could upweight that action – for example pledging to go #flightfree in 2020. If we then collectively used our social networks to influence our peers, colleagues and clients to do the same, we could create true scale, far greater than that created by even our very best idea.

Jonathan Wise of the Comms Lab, organisers of Tuesday’s summit, pointed me to this quote: ‘Yesterday I was clever so I changed the world. Today I am wise so I am changing myself’ (Rumi).

We are living in a climate emergency in a new, digitally-led world order. Perhaps this one time we should put the big ideas on ice, park the clever thinking and simply… act now.