With research published last week showing that over half of women surveyed said that they’d experienced sexual harassment at work, LBB's Laura Swinton asks what role our industry culture plays in perpetuating these attitudes 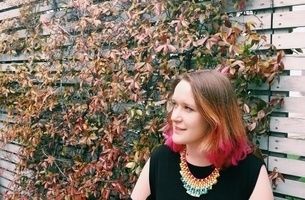 If, like Publicis Groupe’s erstwhile ‘head coach’, you think the debate around gender diversity in advertising is over, you will, I’m sure, have been shocked to read about the research launched last week by the 4As that showed that over half of women surveyed said that they’d experienced sexual harassment at work. For the rest of us over here in the real world, the findings were less surprising.

So why does this culture flourish in the advertising industry? At the risk of sounding glib, I’d say that, as a whole, the industry has a problem with the word creativity. It often gets misinterpreted as ‘freedom to be an arsehole’. Bad behaviour is indulged, encouraged even, all in an attempt by agencies to convince themselves and others that they’re ‘fun’, ‘edgy’, ‘transgressive’ workplaces – all while building spammy banner ad campaigns for budget bog roll. Yep. Real cool.

The flipside of all that is if you find yourself victim to harassment and bullying – or witness it as a bystander – there’s a heft of social pressure to deal with. No one wants to be the ‘fun sponge’ – especially when it can have an impact on your future career prospects.

This year we’ve seen agencies close ranks around the offending parties, ‘backing their guy’ in the face of sexual discrimination and harassment allegations. Well, if they wanted to send out the message that sexual harassment is totally A-OK behaviour, I can’t think of a more effective way to do so.

And this shit matters. For one thing – prepare to be stunned – sexual harassment has been identified by social psychologists as one of the major obstacles to career satisfaction and success for women. This is linked to lower ‘organizational commitment’ and a tendency to withdraw at work. At the same time the ad industry is notoriously, disproportionately male at the top.

You don’t think the two things might be linked, do you?

And, like, maybe this whole ‘lack of vertical ambition’ thing is spurious nonsense?

Right now, the industry is struggling to tempt young talent away from trendier sectors and into the ad business. Why would a brilliant female mind choose advertising if she sees agencies protecting harassers and perceives no clear path to the top? How can advertising attract inquisitive, boundary-smashing, truly creative thinkers when it’s as progressive as The Benny Hill Show? (That comparison, I realise, is unfair on Benny Hill).

As serendipity would have it, around the time of the 4As research being published, the TUC (Trade Union Congress of England and Wales) released findings showing that 52% of 1500 women surveyed had experienced sexual harassment at work. So it’s not an issue that’s unique to advertising by any stretch. But that doesn’t stop it being the ad industry’s problem. With such findings, it’s getting harder and harder to tune out the reality that there are a lot of people suffering the consequences of sexual harassment in advertising – no matter how tightly you jam your fingers into your lug holes. It’s nothing short of implausible deniability