Impero Shakes Things Up with For Goodness Shakes Brand Relaunch 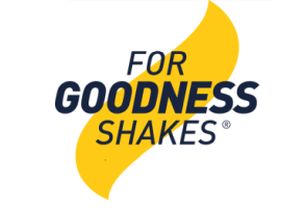 Health drinks brand For Goodness Shakes has announced the appointment of Impero, as lead creative agency for a complete brand relaunch and the brand’s first full scale social campaign, ‘Feel the Good’ – which launches next week.

On the market for 15 years, For Goodness Shakes products were the first ready-to-drink protein shakes in the UK. Impero’s task is to reposition the brand’s products to be more appealing to a wider audience in a rapidly expanding category, as more people are turning to health and fitness products in their day-to-day lives – Mintel finds that almost three in ten Brits (27%) use sports nutrition products, with 45% of Brits believing it is important to increase protein intake when exercising regularly.

When For Goodness Shakes first launched in 2003, they were purely aimed at sports enthusiasts, with the simple mission to make sports recovery drinks that actually taste good. But as the market grew, it became clear they needed to recruit a wider fitness-conscious consumer to the brand, rather than rely solely on those actively looking for performance products.

To help achieve this goal and attract a new audience, Impero helped redesign their brand strategy, and define a new target consumer – The ‘Striver’ – attitudinal people around the country who get up, get out, and get active to take themselves to the next level.

On the appointment, Alex Brooks, Director at For Goodness Shakes said, “Supermarkets have been key to delivering brand growth, but the old product packaging risked getting lost in the rapidly expanding market, with too many facts and statistics segregating the more general consumer. We are excited for the relaunch, Impero have managed to truly identify our needs as a brand, designing an engaging campaign that easily helps consumers with health and fitness goals to identify and choose the right FGS products for them.”

On the win, Daniel Deeks-Osburn, Lead Strategist at Impero said: "Fitness and healthy living has changed radically in 15 years, going from a niche pursuit to a thoroughly mainstream lifestyle for many in the UK. We’ve created a campaign that will allow For Goodness Shakes’ fantastic products to appeal to both casual consumers and hard-core fitness junkies alike."

Impero won the business in 2017 following a competitive pitch process. Their campaign idea will run online, in-store, and touch PR events and activations, helping the health brand to expand its consumer base.

For Goodness Shakes make a wide variety of protein products, including bars and hydro tabs, the newly designed product packaging will launch in all major supermarkets and specialist shops across the country from May 2018, in conjunction with the launch campaign.