Imola Láng: "With a Good Crew, I Would Do Anything"

Her most recent and greatest work so far was The Story of My Wife, directed by Ildikó Enyedi. The work is already over, but the film will accompany the production designer for a long time: it is difficult to part with.

Imola's credits include such hit productions as Therapy, On Body And Soul, The grandson, Freefall, and The Story of My Wife. She also works in advertising. She got to visual design on a winding path: she graduated from the Intermedia Department of the University of Fine Arts, and then transferred to interior design in her final year. She also attended the University of Applied Arts, so she spent nine years in higher education in total. Initial plans included becoming a contemporary visual artist and then an architect. New professional opportunities always attracted her, so she had the opportunity to try quite a lot of things. In the last years of the University, when she was preparing to become an architect with great strength, advertising came. A director she was friends with asked her to help: it seemed interesting and a good job opportunity, why not try it out? Now it's been 23 years and Imola is still excited about the job, still driven by professional curiosity, the challenges of new opportunities.

She already worked with Ildiko Enyedi on the film On Body and Soul. Then Ildiko called her on a Monday to ask if she could start on Wednesday on her new film based on a novel by Milán Füst. Imola said yes without hesitation. "There are exceptionally inspiring directors, I can identify with their ideas perfectly, and I work with them whenever I can. Enyedi Ildikó is one of those directors." - says Imola. The three-hour film took roughly 50-60 days to shoot, but the actual work took nearly a year. Imola started the preparations with director Enyedi Ildikó and cameraman Marcell Rév: they brainstormed in Ildiko's apartment for two-theww months before they even started anything. It was important to be able to find a location with plans in mind. By that time, they knew exactly what they wanted to find: either in terms of the external location or in terms of the built set-ups. Imola detailed the interiors and equipment they would like to implement. Then they could assemble the set down to the smallest detail: everything has to be right here, down to the last screw. Nothing could stick out, everything had to fit exactly to the given age and geographical location. 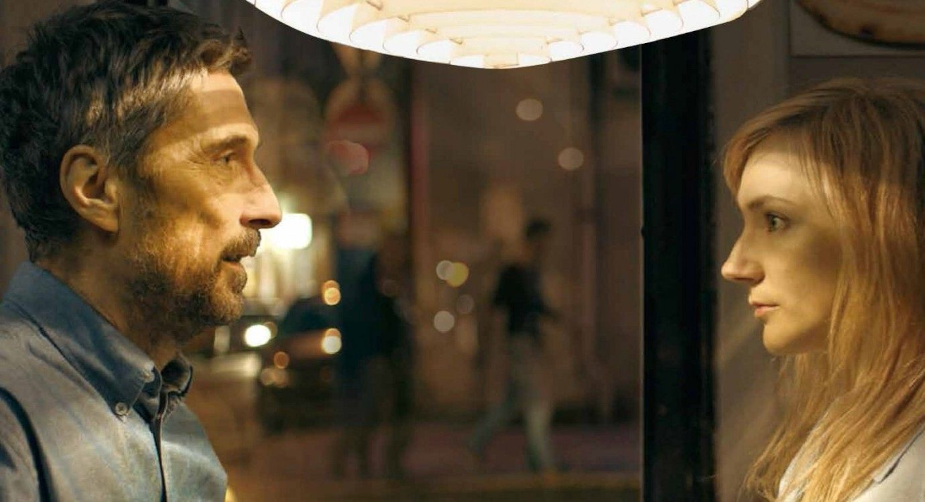 Scene from On Body and Soul

What did the sailors eat at the Paris market?

Flea markets, antique shops, antique fairs, the internet, all forums can be considered at this time. The main thing is to find the objects you are looking for. "We also rented furniture from a Vienna supply store for this historical drama. We tried to rake up the objects with great effort: it was difficult, but also easier, that one set had to resemble the turn-of-the-century Hamburg, while the other had to resemble Paris. We custom made the fireplaces separately, but it was very difficult to get the same wall sconces and chandeliers from that time. During the research, the decorator found a lamp collector couple in Budapest, from whom we could rent a lot of things.

But there was also a French door iron where we made the pieces used on the set based on a pattern, using a 3D printer." - Imola recalls the adventurous parts of the work. Aniko B. Nagy was an art historian and a film expert. It was her who answered all the questions that arose in connection with that era. When we filmed a scene with a bathtub, it was also necessary to clarify whether there was even a bubble bath at that time? There wasn't, so they filmed the scene in milky water. But Aniko also answered the strangest questions: What did the sailors eat at the Paris market in the early 1900s, what did the leg of the chair in Hamburg at the turn of the century look like, what wallpaper patterns could have been on the walls of a Parisian home?

It is easier to get props from contemporary films, but the point is that after thorough research work, you can get a sense of the rules of costume drama. There is a market for this too. You can make good progress once you have mapped the domestic possibilities and considered the offers of surrounding countries. Landmines could be anywhere, of course.

"We had a lucky crew on the set of The Story of My Wife. Everyone was very interested in the job. And when the enthusiasm of many people is combined, it makes it easy to progress because of the combined expertise" - Imola summarises her recent experience.

If the script is well-written, very strong impressions come to Imola from the very beginning. While reading, she imagines the scenery. It works the same way for anyone reading a book. She starts the design phase by collecting images. This is then combed together with the director and the cinematographer, and everyone shares what kind of visual world they imagined. First, they discuss moods, colours, characters' stories, and as they meet the director and the cinematographer more and more, shots, settings, camera angles, picture positions are revealed along the way, on which a lot depends. In the case of a built set, the cinematographer must be able to record the movements of the characters and illuminate the scene properly, giving the director a playing field where the scene comes to life. Long shots, character tracking through walls can be very exciting, and this is even more important than the colour of the wall.

It is extremely helpful for the work of the visual artist if the director already has in his mind the imagined family history, habits or even hobbies of the characters. It helps if a character has fixed habits, movements, objects, along which one can start. Like winding a thread, you can start mapping that particular character. If this is the case, then everything else, the scenery and the sight are meant to support and build it. When the character arrives in the set, then and there it becomes clear whether the perfect overall picture is born, whether the harmony is there. Will the magic happen, will that a room built from pulp become someone's home, will the created medium be believable? "We carefully select the objects, find their places, meticulously furnish the setup. The sight with the incoming lights from the window, the space, the structure comes to life on the first day of filming. This is always the most exciting part. That's when the big moment can be born” – we get a little closer to the secret.

It includes the architecture, equipment and technical departments. Usually, she always works with the same people. If it's possible, she wouldn't accept the job without them. The Creative Cinema Workshop is her favourite furnishing team, with whom she can work together easily, and the HB Studio or BK Film Studio Architect team helps her as well. The visual designer designs and invents the scenery, but we need a really good team of professionals to implement all of this. "It was never important to me that my ideas have to be realised in the way I originally planned. Sometimes I return to a solution several times if I still find it to be the best version, but it is much more important that everyone is satisfied with the result since there are several implementations. The time, the character of the task and the feelings of the participants decide the question” - Imola says. 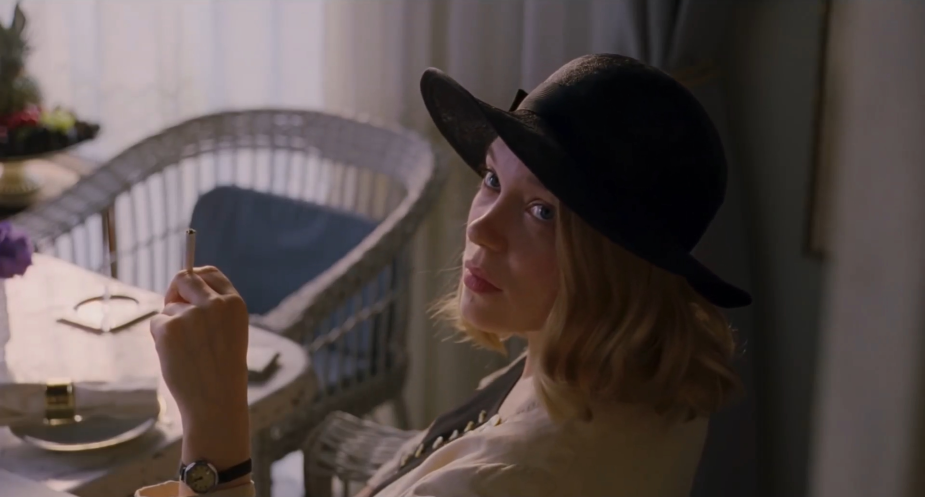 Scene from The Story of My Wife

In harmony here and there

Imola is in only one project at a time. It would be impossible to work on several films in parallel. She is always focused on a particular job, as it completely engages her thoughts. It is difficult to focus on both everyday life and private life during the filming period. The home and the family is the place where you recharge and relax in the evenings. "For me, the work is over with the end of the shoot. But the aftermath will take a long time. The Story of My Wife is still alive in me. I used to think about it a lot because it was a great experience, a captivating memory. The end of a set is a bit like a breakup: you have to get back to your normal life after filming as the colleagues are no longer with you. Valuable working relationships are woven during such a long work because you have to trust your colleagues completely. Everyone's work is interconnected, the phases are built on each other. We depend on each other, and we help each other” - she says of post-production blues. When her children were smaller, it was more difficult for Imola to reconcile work and family time. "In hindsight, I think one of the greatest fortunes that have ever happened to me is to have children. If only because I was "forced" to maintain a balance between work and personal life. I couldn't do what I would normally do: work day and night.” Until they reached the age of 15, she didn't even take a job in the summertime, so the time she spent with them was really about family.

One of her friends is also a yoga instructor. Imola joins her online yoga class every morning. "The coolest thing would be to stop mid-work and start doing yoga for 45 minutes, not just when I'm at home.” She tries to fit the projects into the specific family life situations. She is considering whether it will be possible for her family to spend the next six months or a year without the visual designer at home. She can count on the support of her family in her work, even though she thinks it's not easy with filmmakers. His partner, Laci, however, is not hesitant about how to spend his free time without Imola, as he has become accustomed to a kind of hectic family operation alongside his artist parents.

Imola would not replace her work with anything else. "The best part of my job is experimentation. I especially like thinking games. We can talk about how to build a character and what tools we can use to achieve this”. 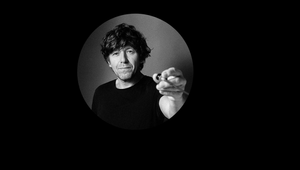 Gábor de Fiala on Why Photography Is “For a Lifetime” 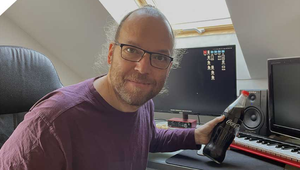 From Playing Synth to Shooting Documentaries: A Journey Through the Lens of Viktor Pacsorasz 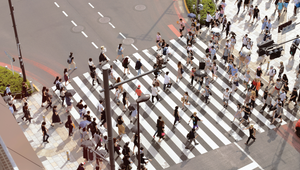 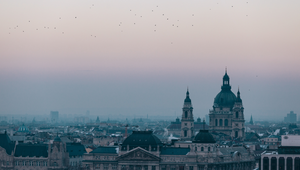 A Day in Budapest: Winter Adventures
View all News