Michelle Dougherty directs spot for Sapporo out of DentsuBos Toronto 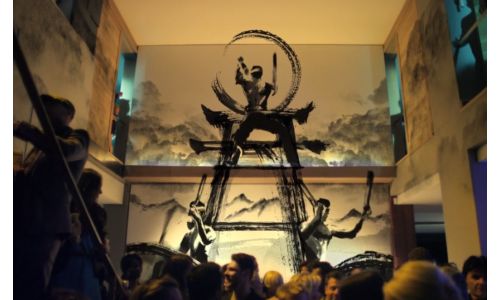 Imaginary Forces (IF) director Michelle Dougherty gives iconic, ancient Japanese imagery new life in the indisputably eloquent :60/:30 “Lounge” for Sapporo out of DentsuBos, Toronto.  The chic, sultry animated :60/:30 features a well-heeled club being overtaken by Japanese Sumi-e paintings of warriors, musicians, and muses.  The spot, co-directed with Karin Fong, is also airing in the U.S.

“Sumi-e ink paintings are not meant to simply recreate an image, but are intended to capture its spirit. When creating the artwork, the artist needs to be as inspired by the nature of its subject more than its actual image." Says IF’s Dougherty

"By using this style of painting with Sapporo, we are able to showcase a brand that embraces its heritage, yet remains sophisticated in modern environments. And, in 'Lounge,' the Sapporo can literally provides this visual experience by transforming a common drop of condensation into the artist’s ink, and bringing paintings to life," adds Dougherty.