The Influencers 657 Add to collection

INFLUENCER: Shanice Mears, creative intern at Iris, takes a stand against the data and statistics associated with 'millennials' 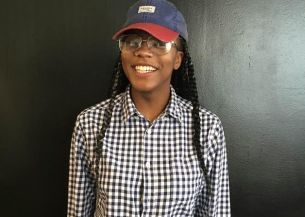 I was born in 1994, so I grew up with my sister loving Ginuwine, Cam’ron and Lauryn Hill.  Automatically I embedded that sound. My first cassette tape was Jumpin Jumpin by Destiny’s Child.  No doubt I was a Spice Girl, part of the S Club crew and definitely loved Backstreet Boys. My surroundings, and influences at the time.  That’s it…

But it seems that there’s a label that stands for ‘what we talk like’ or ‘the things that we’re into’. But when did me liking 2Pac make me a part of a certain group, and wearing flatform trainers make me ‘in’ with the cool crew?

Generation Y, also known as Millennials, means if you were born in-between the years of 1982-1998 you’re one of ‘them’. A part of the Millennial crew (I use the word crew because at least to me that sounds cooler).

I’m not a Millennial.

I’m not JUST a '90s baby, and I am a lot more than data and statistics.  I understand why the term exists and I’m not against being recognised for your generation.

But if you’re an ad agency or a brand that wants ‘us’ to buy or remain loyal to your brand, there’s still some digging you’ve gotta do on your side to find out who it is your talking to.

Who exists within that generation and what are they really into?  It’s not fair that you collect data research and then assume this is what I like because there’s a lot more of me out there.

A Millennial is technically defined by the year they were born in.  Then there’s data collected and statistics rounded up to confirm that the information is accurate. For some reason it’s difficult for me to think that’s okay, or reliable.

Where brands do well, is when they make an effort to understand the Millennials that are loyal to them - rather than ‘all Millennials’- and then get to know them even better.

Another example of brands that get ‘us’ is making partnerships with influencers that have a cultural access to certain groups within society and use them to track and build their position in that group.

Take Stormzy and adidas’ most recent campaign in Tokyo for SS16 taking the culture that is UK Grime to Japan. The brand speaks for itself, but the personality, the context and the delivery is epic, because Stormzy reflects a lot of people who think they’re just like him in terms of upbringing and environment. Clearly adidas knows who they’re talking to. Same goes for There Will Be Haters – it’s clear adidas knows the main market for buying football boots is 14-17 year olds, and used a cultural reference that spoke to them and wasn’t just connected to ‘official’ football.

Or Rhianna and Puma - the first release of her Puma platforms sold out in 3 hours! I mean, need I say more? I’m still trying to get a pair and I’m pretty sure that’s impossible now. This was a great partnership because it feels exclusive, and like you’re a part of something unconventionally and effortlessly cool.

Ellie Goulding and Nike Women fitness wear was a good partnering because it wasn’t typical or stereotyped, Ellie Goulding as an individual is quite quirky - her personality wasn’t lost in the midst of being fit and active.  She came across as a normal woman, rather than a celeb.  It showed the target audience you can be whoever you want to be and still be fit. Ellie being a clear yet not obvious example.

These brands know what’s hot, what’s relevant and what’s real – and who it is they are trying to get involved with, which isn’t just ‘Millennials’ but lots of groups within that.

I say this because as you can see I’ve mentioned three sports brands and influencers that I AM into – I’m not speaking on behalf of every ‘Millennial’.  I feel connected to these influencers and these brands and feel part of their culture. Not every other ‘Millennial’ would agree – that’s why it’s important to not talk to us all the same way.

It’s hard to narrow down what we want I know, we’re a hard bunch of people to please especially being so different, but in all fairness that’s the best part of it for a brand – and the people behind the brands – as it gives us a reason to explore diversity and culture, right?

After all when you really think about it what kind of advertising world would we be in if we didn’t question the labels?