Behind the Work
1.4k 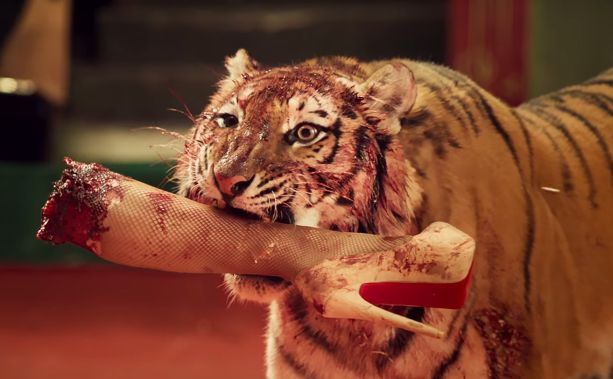 If you want no-holds-barred action, humour and ultraviolence, director Ilya Naishuller is your man. We’ve been a fan of his jubilantly gory stylings ever since his Biting Elbows promo ‘Bad Motherfucker’ burst onto the Internet and into our sick, sick hearts. And he’s back with an altogether fucked up trip to the circus in his new promo for Leningrad. LBB’s Liam Smith checked in with him to find out more about playing ringmaster to the most chaotic circus we’ve ever seen. And did we mention the whole thing plays out in reverse?

LBB> You're best known for your POV style (as seen in your recent music video for The Weeknd’s ‘False Alarm’). Why did you feel you wanted a different perspective on this video?

IN> I’ve wanted to get back to shooting in a more traditional way for quite a while. In my mind, ‘Hardcore Henry’ was the culmination of my adventures in POV filmmaking. I felt I had raised the bar high enough technically in that genre and, honestly, was ready to move on. Then The Weeknd called and asked for a POV video, which was an irresistible offer for me, so I made an exception to my ‘no more POV’ rule and, ironically, it momentarily reignited my excitement for the style which, hopefully, is evident in the final video.

Having said that, it was awesome to be freed from the constraints of first person perspective for the Leningrad film, and lay waste to the circus from any angle that I desired.

LBB> What inspired you to set the circus as the stage for this music video?

IN> The artist, Leningrad, simply said, “We want shit to hit the fan in a circus”. That was their only wish… and I was happy to oblige!

LBB> I love the idea behind the chain reaction of events that starts out so innocent and just explodes into absolute chaos. Where did the idea of this backwards chaos theory come from? How did Leningrad react?

IN> Thank you, I was simply trying to find an exciting take on visual destruction and I felt that creating multiple chain reactions taking place across multiple narratives that all intersect and culminate in this insane catasrophe would keep it visually engaging. I wanted to keep things moving fast enough that the viewers would feel involved enough to do a little work themselves to figure out how everything interconnects. Leningrad’s only question was “will the story be comprehensible in reverse”, my answer was always a definitive ‘yes’, even if the viewer would need to see it twice first.

LBB> In terms of the visuals and aesthetics, what kind of look were you hoping to achieve, and what were your inspirations?

IN> With the script being quite violent, I made it very clear to my team that, despite the chaos and blood, we need to make this video enjoyable and fun; that it must look, feel and taste like ‘caramel’. Keeping a consistent black comedy vibe was ultra important too. It’s very easy to slip and slide off into a real world aesthetic that would make matters too grim. Getting the tone absolutely right in the storyboarding process was key. In my mind I see the video as low grade, violent and fun Fellini.

LBB> What were the biggest hurdles you overcame while developing this project?

IN> Finding a circus that looked and felt close to what I wanted and one that would allow us to get as crazy as we needed to, was by far the biggest challenge. We scouted in five cities all over Russia to ultimately find this one almost right under our noses.

LBB> How the hell did you go about directing the cast backwards? That must've been quite the challenge!

IN> This was actually the most exciting part of the shoot for me. Once I knew exactly what beats each of them had to hit and what the timings would be once it’s reversed, the rest of the process was really no different than directing actors for ‘real time’.

LBB> How long did the entire production take? Where did you guys shoot the production?

LBB> Which scene did you have the most fun shooting? On the flip side, which was the most difficult?

IN> To be honest, I had a complete blast shooting all of them, except the opening shot as it was -12 degrees Celsius that morning and our fantastically selfless extras were freezing. This meant way less takes than we had originally planned for and therefore more pressure to get it perfect sooner. Oh, and the tiger. We shot Chanel (that’s the tiger’s name) out in the open with no barriers for protection. When she walked past the camera and brushed against my leg, I looked over at our huge, fully tattooed focus puller and saw a bead of sweat run down his forehead. At that point I got a little nervous. I kept thinking that a single misfiring neuron in her brain is all takes for any of us to lose a limb or a life. Not too pleasant.

LBB> Car crashes, explosions, tigers... this promo has it all! How much of it was shot in-camera, and who did you work with on the post-production?

IN> Everything was done in-camera but was augmented with CG. I feel like you get the best results that way. A Moscow-based company, CGF, handled all of the CG. I’ve worked with them previously on ‘Hardcore Henry’ and ‘False Alarm’. They’re a really great bunch of relentless professionals.

LBB> There's a lot of moving parts in the promo. Huge cast, stunts, a really unique narrative. What's the key to being a strong ringmaster working on this kind of project?

IN> For me, it always starts with having a very thorough understanding of what exactly it is that I want out of the film, and ends with having a sharp, efficient team to get us there.

Le
view more - Behind the Work 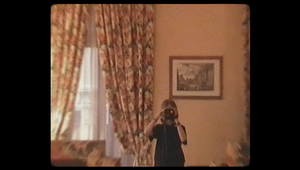 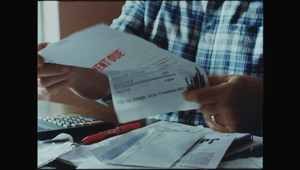