Two fun spots by The Monkeys, directed by FINCH and Blinkink’s Jonny & Will 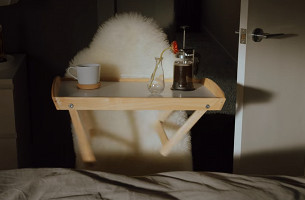 Inspiring Australians to rediscover the fun and happiness in everyday life at home, IKEA Australia has released its new Autumn campaign via The Monkeys, under the brand platform, 'The Best Day is the Everyday' to encourage customers into stores this season.

Directed by Jonny & Will at Blinkink, the campaign is narrated by Swedish actress Lena Endre. It will broadcast across TV, cinema and online and will be supported by IKEA owned channels.

Says Scott Nowell, co-founder and chief creative officer, The Monkeys: "Helping Australians rediscover the happiness in everyday life at home, the latest campaign for IKEA introduces a host of new colourful characters who tell the story around the distinctive IKEA products in an energetic and memorable way."

Says Kristin Bengtsson, national marketing manager, IKEA Australia: "Bringing a sense of warmth to this season's IKEA campaign, the spot features a set of endearing yet playful product heroes that encourage us to reconsider how we celebrate the happiness to be had in the everyday, inspiring us to be more conscious and look at the familiar differently."