Agency follows up on the successful IHOb stunt from last year 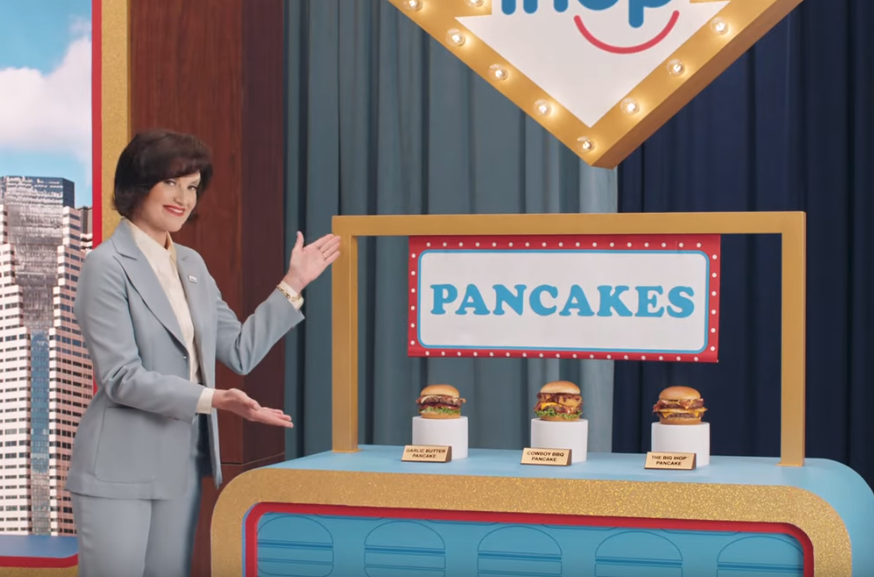 Last year, IHOP introduced the award-winning IHOb - for burgers - advertising campaign and the Internet had a lot to say about it. It told IHOP to stay in their lane. To stick to pancakes. So, this year, IHOP is taking the Internet’s advice by calling their new Steakburgers 'Pancakes'.

Launching this week, the line-up of all-natural, 100% USDA Choice, Black Angus beef Pancakes features three new, enticing flavors: The Garlic Butter “Pancake”, The Loaded Philly “Pancake”, and The Big IHOP “Pancake”, a “Pancake” with a pancake in it. The campaign accompanying the launch was created by IHOP's agency of record Droga5.

“When we launched our new Ultimate Steakburgers last year, what better way to show the world that we take our burgers as seriously as we take our pancakes than by announcing that we’d be changing our name to IHOb … temporarily,” said Brad Haley, chief marketing officer at IHOP. “That was hard for a lot of people to accept since they’d always known IHOP primarily as the breakfast and pancake place, so they took to social media to tell us - often in no uncertain terms - to stay in our lane and stick to pancakes. But we made our all-natural, 100% USDA Choice, Black Angus beef Steakburgers good enough to stand up to the best burgers out there and we sold a lot of them: initially four times what we sold before, and they are still selling double what we sold before.  So, we’re listening to the Internet this year by calling our new Steakburgers ‘Pancakes.’ And, so many people asked us why we didn’t have a pancake burger last year that we’ve even added a ‘Pancake’ with a pancake in it: The Big IHOP Pancake … Burger.”

“There were over 3.3 million tweets about #IHOb last year, and some of them weren’t very nice,” Haley added. “So, our lead creative agency, Droga5, created a digital experience to engage last year’s naysayers and convert haters into eaters. Those who tweeted something, shall we say, unkind last year may find that they’re on The Bancake List, an aggregated list of Twitter users who tweeted at IHOP to stay in its lane. Fortunately, there is a way to get off The Bancake List – all they have to do is tweet something nice about IHOP’s Pancakes/Burgers, and they’ll be removed from the list. To make it even easier, we’re providing very funny options people can choose from if they don’t want to create their own and, best of all, they could even be rewarded with a token of the brand’s appreciation. Users can visit BancakeList.com to find out whether they or their friends are on The Bancake List, and how to get off of it. Of course, we’ll also be rewarding many of those guests who were instant fans of our Steakburgers last year.”