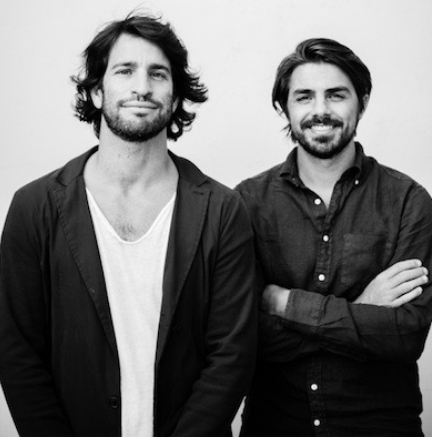 Following the recent announcement of Nicole Taylor as national chief executive officer for McCann Australia, McCann Sydney has grown its creative and production teams with new hires and the integration of SMART Sydney into McCann Sydney.

After a strong start to 2018, former creative group heads at Leo Burnett, Iggy Rodriguez (left) and Justin Carew (right) join the agency as creative directors while the wider-team from SMART Sydney will expand the production and creative departments respectively.

Rodriguez and Carew, previously led creative for former global clients Samsung, Diageo, Coca-Cola and McDonald's, and will be instrumental in McCann Sydney's focus on the agency's creative offering.

Says Jerker Fagerstrom, executive creative director, McCann Sydney: "It's not often you're fortunate enough to find a team as talented as Iggy and Justin who can inspire everyone else around them.  And to top it off they are both genuinely nice guys."

Says Pat Baron, chief creative officer: "It is a really exciting time for McCann Sydney, we are seeing some of our best work on our biggest clients come out of the agency so the growth of the team is a great start to the year. Attracting talent such as Iggy and Justin is testament to McCann Sydney's growing reputation and the work that is coming out of the agency."

Says Rodriguez: "It's a great time to join McCann Worldgroup. From a global perspective the leadership is really making an impact and locally Jerker and the Sydney team have already been doing some great work so I'm excited to roll the sleeves up and help take them even further."

Says Carew: "It's such an exciting time at McCann, we felt the energy the second we walked in. We just can't wait to build on that momentum."

Q> How did you get your first break in advertising?

Iggy Rodriguez> My first real break was getting into the Launchpad program at DDB Sydney. I was young, super green and hungry to make an impact in the business. I ended up teaming up with Justin while working there which has been a solid part of my career.

Justin Carew> John Mescall was kind enough to give me my first break as a designer many moons ago, so it's a great feeling to be back on his team.

2. What have been the highlights of your careers so far?

Together>   Being able to work with a great friend for over a decade and not kill each other is by far the highlight. That's got to be some kind of record.
Making Small World Machines for Coca-Cola, which took us a year and a half to produce, was one of the hardest but most rewarding projects to date.

3. Who have been your mentors and what have you learnt from each?

IR> Andrew Ostrom was a great mentor in my early years starting out from AWARD school. He taught me the importance of making every career decision focused about the work.

Working with Matt Eastwood showed me the power of building good relationships, both with clients and industry peers. Steve Back was someone who helped me hone my ability to spot the great ideas from the rest.

JC> I've been very fortunate to work with some of the greats along our journey. Eastwood, Back, Bowman, DiLallo, and recently Lagana and McAloon. Anyone who knows them knows they all have very different styles of working. So it's been great to be exposed to the differing styles which has helped me craft my own.

4. What are your long-term goals?

IR>  Thinking long term and aiming high is seeing myself running a global network one day.

JC> I'm really excited to see where we can take McCann by helping Jerker continue the great work he has already been doing here.