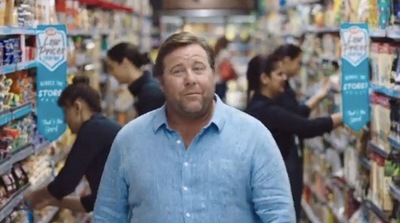 IGA has launched its new 'That's the Spirit' campaign developed by creative agency The Monkeys.

The advertisements showcase how IGA keeps the spirit of community alive through; offering customers a tailored range to meet their needs, providing genuine and friendly service, supporting local suppliers while giving back to local communities and providing low prices every day across the store. Community Spirit is what each independently owned and operated IGA store brings to their local communities every day and what the IGA collective brings to Australia.


Says Steven Cain, CEO, Metcash Supermarkets & Convenience: "We're excited to launch this new campaign which brings to life just how important local IGAs are to the communities they serve. Through a series of advertisements, IGA ambassador Shane Jacobson highlights all the ways that IGA supermarkets embody community spirit."

The 'That's the Spirit' campaign also showcases low prices that are available across the store, in categories like meat, deli, dairy, baby needs and household needs. The advertising features products like Lilydale Free Range Bulk Chicken Breast Fillets and Thigh Fillets - both at just $13.99 per kilo, Huggies Essentials 40-54 pack at $13 and Quilton White Toilet Rolls 18 pack now at just $9 each.

Says Cain: "We introduced Price Match in 2015 and we've found it to be a huge success. Low prices every day is the next stage in our commitment to helping shoppers support their local IGA, by ensuring that we offer competitive prices across an even wider range of products that they buy on a regular basis."

Says Scott Dettrick, creative director, The Monkeys: "IGA is an Australian brand that truly reflects a real sense of community spirit - they probably know your name when you walk into the store and support your local football team. We are excited to bring this new campaign to life with Shane Jacobson."

Colourist: Ben Eagleton at Be 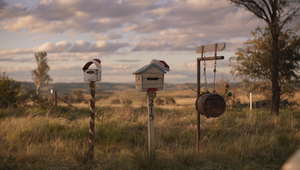