If Your Brand Were a Lead Singer, Who Would It Be? 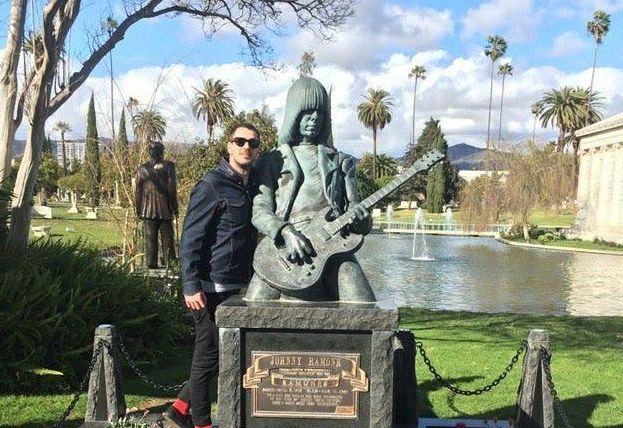 What do Dylan, Joey Ramone, Madonna and Julio Iglesias have in common?

They are all recognisable within a fraction of a second.

They are all loved or hated.

But above all, they are all pretty mediocre singers.

It’s not the quality of their skillset that matters. What matters is the uniqueness, character and personality that defines those sets of vocal skills. If not, we would only have the Freddy Mercury’s becoming icons.

Each of them shattered the notions of what their respective roles were supposed to be; A singer-songwriter, a rock-n-roll singer (in the case of my beloved Joey), a Diva, and a Latin crooner. All shattered.

And that’s what turned them into the icons they are today. It’s crazy to look at the imprint they left in the hearts and minds of people all over the world; All because they embraced their mediocrity. All because they believed in what they were doing.

How many wannabes have surfaced and disappeared since each of them came onto scene? How many imposters? How many inauthentic spin-offs that count their triumphs in the form of one-hit wonders?

But these guys, they are the real deal.

I’m guessing it’s because of our fear of becoming mediocre singers. When clearly that’s the part that matters the least. Being able to hit five different octaves in a world where everybody can, will get you nowhere. But sadly that’s what we spend the most time doing, perfecting the art of singing.

Can you really imagine Dylan going around asking people what type of voice or music they like in order to become an icon? Joey Ramone was known to record bouncing basketballs and listen to them on a Walkman…Can you imagine him sitting in a focus group trying to define what his singing style should be like in order to appeal to the masses? Bitch please.

Remember how I started?

They’re all recognisable within a fraction of a second.

They’re all loved or hated.

Maybe it’s time for us to embrace mediocrity a bit more, embrace the fact that we’re going to be disliked by some, but knowing that no matter what, we’ll be distinctive, we’ll be authentic, and we’ll gather a following that loves us because we do what we feel.

So let me ask you then.

If your brand were a lead singer, who would it be?

And who would you want it to be?