If Content is King, Does the Craft Still Matter?

Jack Epsteen, Head of Production at GSD&M, says a perfect execution is just as important as the quickest one 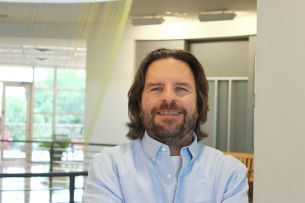 It was another great week in Cannes, having the topical conversations with my production peers that only happen once a year on the Croisette. This years’ chats centred around things like in-house production resources and how today’s demands necessitate the constant need for more, faster and cheaper content. While the new paradigm can be exciting for natural problem solvers, (an essential quality in most great producers) it’s hard not to miss the days when a team of artisans could actually spend the amount of time needed to make the work as good as it could possibly be. Shoot, even my old friends at Saatchi & Saatchi and Team One have figured out a way to make a music video almost entirely from machines.

Is the craft of our job less important than getting the work “out there” as quickly as possible?

Maybe not. I feel like I saw a positive development in the festival this year. While the Film Craft category has been around for nearly a decade, the addition of some new categories have really leaned on the decision-making process that takes an idea from good to great in production.  Digital Craft, for example, finally recognises the people behind great digital execution. (Full disclosure, we won a Silver Lion in Digital Craft for our work for the US Air Force.) I also love the addition of Music Craft & Composition as a category in the new Entertainment Lions for Music, highlighting how an amazing piece of music – original or licensed – can elevate an idea.

This amazing Grand Prix winner in Film Craft by Droga5 is the perfect example of what I mean.  Here is an idea (a montage of an athlete training for his final performance) that on paper could feel like countless other sports-related content we’ve seen before. It was the flawless execution that made it into the multiple-Lion winner it deserved to be last week.

Even some of the sessions went deeper into the craft. This session explored not just the usual Virtual Reality topics that are the buzzwords at most creative conferences. It delved deeper, into “how craft is crucial to elevating VR experience from neat to profound.”

I like the sound of that. While ideas are at the centre of what we do (and I don’t want that to change), it’s nice to see a new focus on the importance of craft that can often be the final ingredient that gets those ideas on stage at the Palais. I just hope the clients that were in France last week could see that a perfect execution is just as important as the quickest one.