If AI Can Create a Masterpiece, Is It Time for Creatives to Find a New Career?

Robots may be able to create art, but when it comes to designing a brand’s identity human input is essential, argues Simon Wright, managing director of Greenwich Design and co-founder of The Chemistry Works 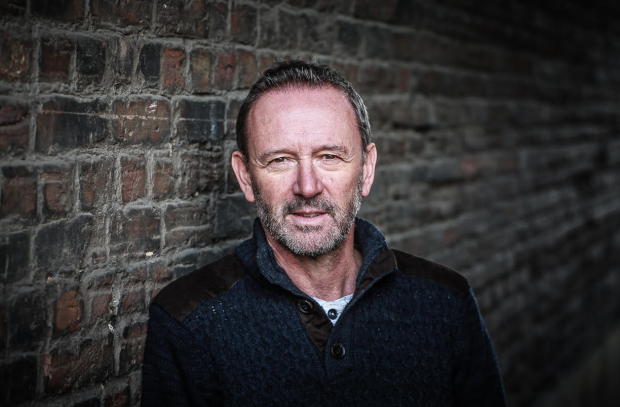 As the managing director of a design agency, I like to think that advances in technology have improved our daily lives, reducing the tedious grunt work and freeing up designers’ time for creative thinking and exploration. Technology has also allowed us to work faster and smarter. It wasn’t so long ago that if we mocked up a piece of packaging for a client and they didn’t like the colour, it would be a day’s work to re-do it; nowadays it takes seconds. Technology allows us to experiment more and offer clients a broader choice of options that just wouldn’t have been viable if we were doing everything by hand.

Although we’re not yet realising the full potential of AI and machine learning, designers generally feel confident that these tools will enhance the creative experience rather than detract from it. That’s according to a study commissioned by Adobe last year, which also found that “creatives are not worried about these technologies taking over their jobs because creativity, they believe, is profoundly human.”

One of the criticisms of ‘Portrait of Edmond de Belamy,’ the painting that was created entirely by AI and sold at Christie's last year, was that it lacked feeling. The brainchild of art collective, Obvious, the work was created using AI to scan thousands of existing images and then take that data to recreate a new painting. The Guardian’s art critic, Jonathan Jones, suggested that up close, it was clear the artwork was a series of dots rather than a skilfully painted masterpiece; the eyes lacked the depth and sense of emotion that a painting by a human artist can instil. Nonetheless it sold for £337,000, suggesting there’s a demand for AI art. My feeling is this is purely a novelty, for as much as a computer algorithm can recreate or mimic the style of an artist, it is only filling in the gaps for something that already exists. We’ve yet to see an original ‘masterpiece’ created by a computer.

Earlier this year, Engineered Arts announced they had created the first robot artist, Ai-da. Fitted with a microchip in its eye and holding a pencil in its robotic hand, Ai-da uses algorithms to accurately sketch or paint her subjects. What Ai-da can’t do, however, is input original thoughts, emotions, experiences – or any of the other personal aspects that add individuality to an artist’s work.

And it’s not just the visual arts that require human input – the same is true for music. The growing popularity of AI music systems like Amper and Jukedeck have given credibility to AI music composition. However to create a truly amazing piece of music still requires human involvement. Just as the ‘Portrait of Edmond de Belamy’ was created using neural networks that learn by examining existing images, music can be created by analysing thousands of musical scores, allowing AI to generate tunes in a similar style.

That may cut it for elevator music but can it make a hit? Talking to BBC Music recently about whether AI could create a number one, American singer/songwriter Taryn Southern explained that while AI-created music is a fantastic starting point for her work, it is the elements that she adds, adapts and changes that make the end result a success. A computer may well be able to analyse every song on the planet, but it can’t recreate the certain je ne sais quoi that icons from Frank Sinatra to Freddie Mercury to Lady Gaga possess. A computer can’t figure out how to generate that intangible essence – star quality – no matter how many examples we feed into it. Whilst we live in a world where sampling is commonplace, it will never replace original thought.

The same is true for brands. Just like stardom, the elements that go into creating an iconic brand are ethereal; the essence of a strong brand is unique, the combination of everything that touches the company, from where it sits in the marketplace to its product/service to its staff.

Certainly, you could feed a neural network with the most iconic brands in history and I’m sure it would come up with an algorithm that determines what ingredients make up a successful brand, but would it be authentic? I don’t believe so, because it’s based on learned assumptions rather than living and breathing examples of how a brand instinctively behaves. What it would give us are lots of cookie-cutter copycat brands. To create the next Apple or Nike requires subjective human input around the brand’s ethos, values and unique selling points. Only then can we get to the heart of a brand’s essence and define its true creative identity.

Simon Wright is managing director of Greenwich Design and co-founder of The Chemistry Works.