The Influencers 285 Add to collection

INFLUENCER: Nexus Interactive Arts’ Luke Ritchie on tech trends to watch out for 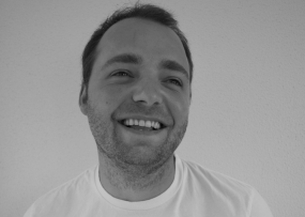 VR was all about hype in 2015. We only had demo kits and very little actual work was released. Return on investment is all about platform (or more simply access to experiences) and, actually, this is what 2016 will bring us, with the commercial release of more headsets.

Access to that content will be through the digital stores, right now my Samsung phone has a Google Play Store, a Samsung Store and an Oculus Store (for the GearVR) – if I want to find VR experiences it’s confusing to say the least. Of course this will become more streamlined and the investment will seem more natural, just like it did when Apple created their App store. Another interesting platform is YouTube360 and Facebook360. We’re just putting the final touches to a VR film for Google Spotlight Stories that will launch on YT360. It’s super exciting to know that almost everyone will be able to see this out of the box, streamed to his or her phones like any other YouTube video.

Interestingly game engines like UNITY3D have started to appear in conversations with brands and agencies. The chitchat around VR has started to highlight 'real-time' graphic rendering and its benefits like interactivity, faster development times, and cross-platform goodness. Real-time systems aren’t new but what’s interesting is that the terminology is now part of the conversation, which highlights the desire for more interactive experiences in advertising.

And let’s not forget Augmented Reality (AR) - there have been huge investments and financial predictions for these types of experiences over the next few years. So we'll see developments on Microsoft's Hololens, the Magic Leap and lots more AR headsets which are on their way. If VR is built to be immersive, AR is built to be more social and offer more practical uses – but don’t rule it out as a great gaming platform either because with AR you can choose the backdrop, from your living room to Kings Cross Station.

I'm personally excited to see how we get on with WebVR this year, which is the rendering of graphics in real-time in the web browser. I don’t think it’s yet ready for a brand to consider the investment, partly due to render quality and partly due to headset adoption – but it works and that’s pretty exciting. For now we should be excited by YT360 as a platform and the wider adoption of stereoscopic experiences via the YouTube app and Cardboard.

Uprising: Haein Kim and Paul Rhodes on Building an Empire for Underrepresented Communities