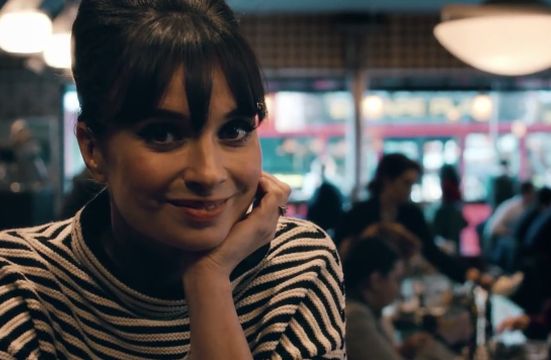 Samsung and Sky1 joining forces with the UK’s hottest talent to give people with a passion for food, film, music and photography, the opportunity of a lifetime. The ‘Launching People’ project will see pop-up chef and Sunday Times cook Gizzi Erskine, award-winning actor and producer Idris Elba, singer-songwriter Paloma Faith and portrait and fashion photographer Rankin, search for undiscovered British and Irish talent. They will act as mentors as they help food lovers, budding film makers, musical game changers and picture takers launch their brilliant ideas.

The mentors, together with Samsung will be looking to find people with extraordinary potential and original ideas. The chosen candidates will work with one of the four inspirational mentors to collaborate on a unique project. Their journey, from meeting the mentors to the launch of their project, will be captured in a television series, LAUNCHING PEOPLE (w/t), produced by Fresh One, part of the Jamie Oliver Media Group, for Sky 1 HD and will air in the spring.

The hunt for tomorrow's groundbreaking creatives has been launched with a series of artfully-shot videos starring each of the stars. The films were directed by Chris Faith and produced by Fat Lemon, the commercials production company also owned by Jamie Oliver. They were shot over four days across London and see the mentors open up about what makes them tick.

So, if you’ve got a great idea and think you have what it takes to impress the talented panel of mentors, then pitch your project via www.launchingpeople.co.uk between now and Thursday 6 March 2014. Gizzi, Idris, Paloma and Rankin will each choose one person to work with one-on-one, helping to bring their ideas to life and launch their project.

Avikar Jolly, Head of Campaign and Brand, Samsung UK, commented: “Everyone knows Samsung for launching products and every day we’re inspired by people who use those products to achieve amazing things. ‘Launching People’ is all about doing just that – launching people’s potential through technology, whatever their stage in life. We hope to give people with passion, ambition and a hungry mind, a launch pad for their bright ideas and change their lives in a positive way.”

Deborah Sargeant, commissioning editor for Sky added: “Here at Sky 1 we’re very proud of our big hearted, energetic shows for the whole family – Launching People (w/t) is another of those great shows. And, this spring Sky customers will be lucky enough to watch the most fascinating brains in the business, nurture and develop the skills of some of the UK and Ireland's most exciting untapped talents. We're delighted to be working with the world class mentors, Fresh One and Samsung to deliver this exciting series for Sky 1 HD.”

Each of our mentors will be looking for outstanding potential in the person and idea they choose to support;

Gizzi Erskine: “I want to see someone that has a serious passion for the industry – I want to understand their passion and be able to see and feel it. I want to show that you don’t have to be conventional to be successful. I’m looking for someone who’s happy to break the rules – and maybe teach me a thing or two along the way. The simple ideas can be the best. But a simple idea with a bit of glitter on it is far more exciting.”

Idris Elba: “I’m looking for someone that wants to tell a story and inspire others. They might have an idea that they’re not quite sure how to take to the next level. If I represent anything, it’s someone who dreamed big and achieved those dreams. If anyone out there has a similar aspiration, then I want to hear from them.”

Paloma Faith: “I’m really looking for something that we’ve not seen in a British artist before. What’s important to me is that the person has something innovative to offer, something that defies genre. I’m looking for outsiders. I love and relate to outsiders. The thought of finding someone like that excites me.”

Rankin: “I want to find someone that’s undiscovered. I’m looking for someone that’s got a vision, a creative eye who wants to make a career out of photography. I want to know what they do that’s different, that’s interesting and for them to show me an idea that is unique and has an original view of the world.”

Behind the camera Mark Sammon will executive produce for Fresh One and Deborah Sargeant for Sky.  The series editor is Fresh One’s Genevieve Welch. Cheil UK created the ‘Launching People’ campaign and have managed the production of all content, including the building of a multi-platform responsive site. Content includes a lead manifesto video which sets out the campaign ethos which was created and directed by Fat Lemon. All media for the campaign has been planned and booked by Starcom.

To apply, entrants need to make a two minute video pitch all about their idea and upload it to www.LaunchingPeople.co.uk. Submissions are open until Thursday 6 March and the final four will feature in LAUNCHING PEOPLE (w/t) on Sky 1 HD in spring this year. There will also be a ‘People’s Choice’ winner per category, voted for by the public on Facebook, who will receive Samsung products that will support them in pursuing their dreams. The ‘People’s Choice’ winners will be announced on Friday 7 March.