Icons, Integration & Engagement: How to Gain Yards in Super Bowl 50 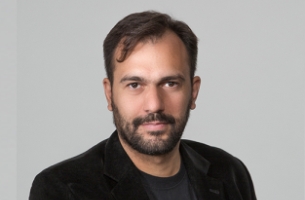 With the world's largest sporting/advertising showdown less than a week away, Sergio Lopez, Head of Integrated Production at Craft London reflects on his favourite Super Bowl ads, the changing trends in global audiences, and why integrated production is keeping brands one step ahead of the game.

Q> Tell us about the difference between US and UK audiences watching the Super Bowl? The NFL is getting more popular here but it is by no means a ‘mainstream’ sport.

Sergio Lopez> It’s interesting because in the States they’re trying to make football (soccer) more relevant and the UK’s trying to do the same thing with Super Bowl. I think that the Super Bowl is great but it has a lot of cultural connotations in the States that’ll be very difficult to translate into the European market, not just because of alack of awareness of American Football but also because it’s a game that revolves around strategy and we tend to perceive it as slower. Keep in mind that the viewership habits are very different: American Football is a combination of a sport and a Sunday roast. People watch it together at home or at a sports club over 3–4 hours. It is as much about the game as it is about getting together with friends, snacks and a Bud. From an advertiser’s point of view it’s a dream broadcast because on top of the usual advertising space, it has a lot of breaks and a half time show, so it’s more advertising friendly than any other sport.

Q> Super Bowl draws in millions of viewers and we see advertisers spending upwards of 4.5 million for 30 seconds. Do you think there’s more value in some companies focusing on different events or something around the event,rather than investing on the key Super Bowl spots?

SL> That’s the amazing thing about the Super Bowl: it’s a great example of people engaging with advertising. People watch the Super Bowl for the adverts as much as the game. People don’t tune out; they’re actually looking forward to the commercials. I don’t think we have the equivalent to this surrounding a sporting event in Europe, so there’s definitely ample opportunity there. It’s a bit like what’s happening here in the UK at Christmas. People are seeking out commercials by John Lewis and the big retailers, and they spread over a much longer period of time than the event itself. However, I don’t know if there’s an autonomous life in Europe for most of the US Super Bowl commercials; for that to happen the commercials must appeal to a broader universal audience and return to being as funny and iconic as they used to be.

To me, the time around the first dot com boom was the golden era of Super Bowl advertising:great creative, huge celebrities, fantastic music and just in general beautifully crafted.  I think the combination of the price tag attached to the media spend and metrics like the USA Today top ads have shifted the objective for advertisers. Return on investment and being on the top of the list is bringing the creative back to a safe place and this avoids the risqué stories and over indulgent ads we used to see.

Q> American ads can often adopt a distinct look and feel,compared with their international counterparts. Do you think it’s better for advertisers to play up to this during the Super Bowl or do you think a fresh approach would be more effective?

SL> Whatever works really. In the US there is definitely an expectation from the audience of the type of ads that play in the Super Bowl. It’s like the (Super Bowl) FedEx commercial making a parody of the formula itself: a celebrity, an animal, a kid, cheerleaders … they all add up to the top US Super Bowl commercial ... it’s very American humour. I think that we’ve been watching American entertainment for long enough that people can relate to it, but that doesn’t mean that there isn’t space for local advertising that has more of a local feel.

SL> Because of the massive investment that’s required to advertise during the Super Bowl, advertisers are going to be looking to see how they can maximise their investment in whatever social media channels are most relevant. When we did Budweiser’s ‘Puppy Love’ commercial in 2014, we got 56 million views in four days – almost bigger than the population of the UK. Part of this success was because it was following up from the previous years’ ads as well as a long heritage of commercials around the Clydesdale horses. Budweiser has been present for decades in the Super Bowl, consistently bringing great iconic ads. It’s like a franchise and I think consumers are actively looking for franchises that they love and wondering what’s going to happen with their character, story and brand that year.

Q>  Do you think there’s been a change in recent years where people are now actively seeking out commercials, especially on the internet?

SL> If they’re good enough. I think this is where creativity and production comes in. As long as advertisers keep employing great creativity and best-in-class talent, they’ll have a winning formula. If, however, we shift the focus from providing entertainment to material that brings no value to the audience, and stretch the media to the point that we might lose that ‘moment-in-time’ effect, then I think the popularity of Super Bowl commercials will start to fade and they will lose relevance.

Q>  What would you say are the benefits of having an integrated production team around an event like this?

SL> With more and more campaigns on social media, it’s very difficult to predict where a campaign’s story is going to go once it’s been released. It’s not like the good old days where you could just sell the ad tape and see how it’s received. Now you have to be thinking forward about where the story is going to go and how people are going to interact with it. For example, leading to ‘Puppy Love’, we identified the need to increase our presence on Twitter, so we created ‘Puppy Tweets’within days. This was a platform in which the dog replied to tweets with a video of a tweeting puppy. With an integrated approach, you have the skill set and one point of contact to make this happen quickly. Traditionally, by the time you realise you need to react to social media, set up a brief, and do your estimates, it’ll be too late and it will all be irrelevant. It’s a one-day event,so timing is crucial. Nevertheless, the core of the campaign remains a commercial for which we will continue to bring together the best director and production company, like Jake Scott at RSA.

Similarly, when I have worked on brands that sponsored events (for example, Rolex and Porsche), we had to react to whatever the outcome of the event was within a day– sometimes with a press ad the following morning as well as the digital channels. With an integrated production team, you have people with hybrid skills, rather than one specialist skill. This allows for more creativity. For example,you can have a motion graphics artist who can also make successful Facebook posts.It’s so simple to make those things these days that it doesn’t require a big infrastructure once most of the assets have been produced.

I see a lot of people in the industry struggling to adapt to this new and very complex world of content. Some tend to focus solely on production value and although that’s important, these days what takes precedent is spontaneity and relevance.Great creative does not always need complex and expensive production. There is a place for both. Keep in mind that we have data from YouTube that shows that consumers reject highly produced content in some ads. We should communicate brands in the same way a person would communicate. Consumers are seeking out personalities, so it makes sense to behave in a certain way depending on context.

Q>   Each year at the Super Bowl, it seems that there’s a wider social media effect. For example, last year people were tweeting about Katy Perry and the ‘left shark’. Do you feel consumers are increasingly seeking out social engagement to be part of a bigger conversation and, if so, does this mean that brands have more opportunities to reach consumers?

SL> Whilst it’s important to react quickly to these events, we mustn’t forget the tone of the brand. Just because everyone else is talking about an event, it doesn’t necessarily mean you should too. Think about what it says about your brand.What is your voice? For example, the Katy Perry shark would be perfect for Oreo because it’s fun and quirky, but if you’re a luxury brand, I’m not sure it’s as relevant. It has a lot of potential but it’s important to question whether or not it’s going to send out the right message for your brand. People concentrate too much on the ‘how’ and not the ‘what’. They wonder how to communicate via Instagram, Facebook, Twitter, Vine, Periscope, and whether they need to create a Snapchat, but don’t stop to question what it is that they’re communicating and who is going to be listening.

Q> There’s still a lot of talk about ‘Millennials’. Is there away to engage with young people clearly, identifying what channels are most likely to reach them?

SL> The Millennials are growing up and it’s going to be fascinating how we engage with them moving forward now that they’re getting into their thirties. Some of them are going to be thinking of buying a house and starting a family. I can’t see a set way to communicate with them and we really should start looking into Generation K. In the next 10 years we’re going to be communicating to three demographic groups that each have a very different view of the world and their engagement with brands couldn’t be broader.

Q>  Is there anything you feel has affected Super Bowl advertising and has caused certain strategies or approaches to be phased out?

SL> The introduction of the USA Top 10 put huge pressure on the Super Bowl. You can see a transition from people being happy and proud to feature in Super Bowl,to suddenly desperately needing to be on the Top 10. When your goal becomes being number one on this barometer, your priorities become skewed. There’s so much pressure placed on this barometer. Something that was supposed to be fun and bold then changes. Yes, it’s rewarding to see your ad make it to the top three but perhaps it’s more important to examine how your business has grown, whether you’re making more money and how your brand reception/awareness has evolved.

On a positive note, I was very happy that brands like P&G are bringing awareness to equality to such a big and broad audience. The creative, the tone of the campaign and the placement were brilliant.

Q>  What have been your favourite moments in the Super Bowl, excluding your own work?

SL> I’m a big fan of good old American comedy. Some of my favourite commercials were for FedEx and E-Trade. VW have done great work ever since the Darth Vader commercial. I think it’s one of the smartest, sweetest, in-brand pieces of advertising I’ve ever seen. VW’s one of those brands that has traditionally done really well on social media and advertising and still manages to channel funny, emotional, very culturally relevant ads.

Q>  As you mentioned earlier, there’s a set formula for the Super Bowl commercials. Is there anything you’d love to see this year that’s slightly different? 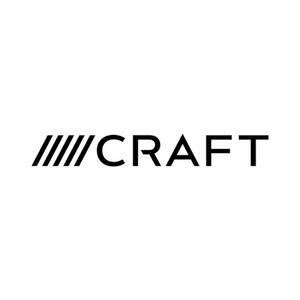 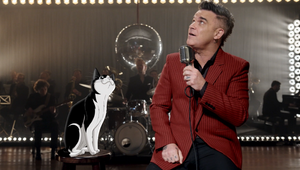 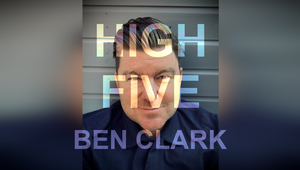 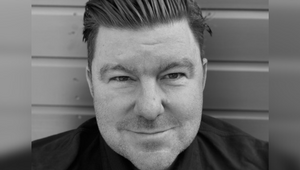 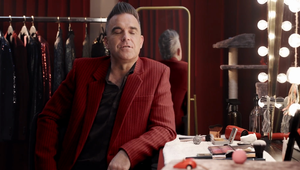 It's Great to Be a Cat