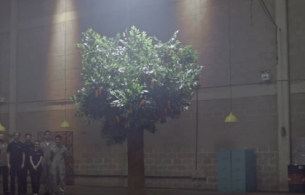 What was your most incredible childhood dream? Microsoft sought inspiration in people’s most incredible dreams to show Windows 10’s new features, in a digital campaign created by WMcCann for the Brazilian market. The commercial, which is on air on the brand’s channel, presents the new version of the operational system and highlights, among many novelties, the browser ‘Edge’, which allows users to make handwritten notes on the screen and share them via e-mail or OneDrive.

The 90-second ad for the internet, alongside a 30-second version, shows how Windows 10 helps make one of these dreams come true. The character dreams of having an ice cream tree. So, her children use the Windows 10’s features to materialize the dream, together with Microsoft engineers. The film ends when the whole family enters a shed and surprises the mother with the actual tree.