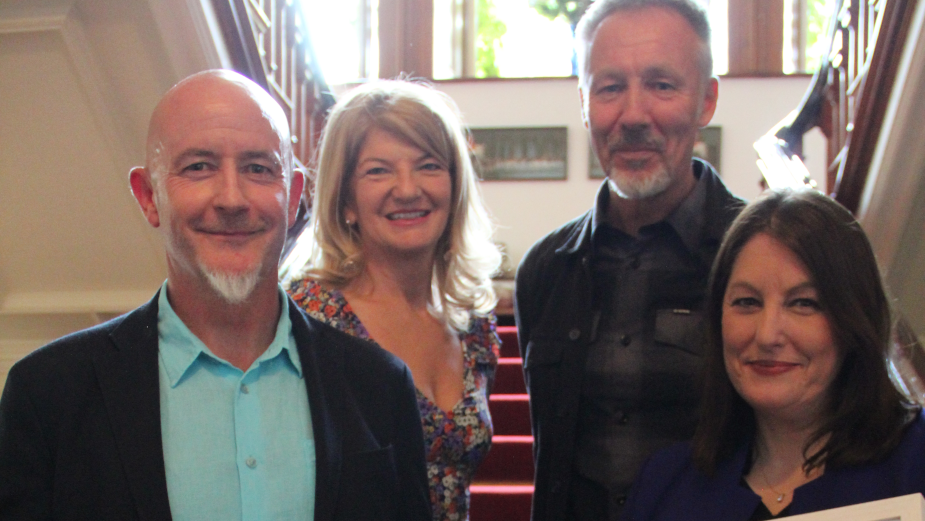 “It has been five years since IAPI have awarded Fellows of the industry, so we’re delighted to recognise this extraordinary group of individuals who have, over the past couple of decades, raised the bar for the entire industry”, says Sean Hynes, president, IAPI and co-founder/creative director, Bonfire, who presented the IAPI Fellowships at a ceremony attended by over thirty advertising and communications leaders on Tuesday 24th May.

The IAPI Fellowship is a rare thing. Only those who have demonstrated their commitment and ability to work tirelessly for the betterment of the industry as a whole are awarded.

At 32, Orlaith Blaney was managing director of McCanns, making her the youngest person to lead an international agency in Ireland – an extraordinary feat when you consider how few female leaders there were at that time. She paved the way for many women in advertising and has been a passionate champion for women in business throughout her career.

She served on the IAPI board for an incredible 13 years and was only the second female president of IAPI to be appointed in 2014. The IAPI Doyenne Award was established during her presidency, which led the industry to focus on female leaders for the very first time. She was former secretary of the International Women’s Forum, on the Advisory Board of the Women’s Executive Network, a former mentor for the Women Empowering Women programme and the IMI 30% Club Programme.

“I am absolutely delighted and privileged to be recognised by IAPI in this way. The ad industry will remain my first love and it is a career I really thrived in and enjoyed immensely. This Fellowship is the icing on the cake for me. Thank you to the IAPI Board for recognising me in this way. Many of my friends are my agency clients and colleagues to this day and I am pleased to say I keep in touch with many of them”, said Orlaith on receiving her Fellowship.

Since leaving the advertising industry Orlaith has developed a high-profile career in marketing, joining Ervia in 2016 and subsequently moving from the role of chief marketing and communications officer to director of corporate affairs on the Irish Water Executive Team. She continues to champion equality for women in business and is a regular speaker at industry events with a significantly high profile.

Alan Cox is one of the most widely recognised and loved industry leaders of the past decade.  He is a true champion of the industry, dedicated to elevating industry standards and championing the need for better and further education in the sector.

He co-authored Marketing Multiplied with Jim Power and Chris Johns in 2017; he has continuously spoken out about the value of the industry to the Irish economy; he invested in sponsorships such as the Cannes Young Lions, Young Marketers to enable marketers to take part.

Unsurprisingly, Alan was named ‘Most Trusted Leader in Ireland’ by the Great Place to Work Initiative in 2013. The ONLY industry leader to date with that accolade this is testament to his generous, engaging and intelligent personality. Alan is always interested in the opinion of others and is a superb listener.

“I have enormous respect for the pivotal role that IAPI plays in the development of our industry; so to receive this fellowship from the Institute means a lot to me; it's a great honour", said Alan Cox on receiving his award.

Patrick Hickey set the standard for the industry with his laser-like focus, and heavy investment in Cannes Lions, and on winning international business. By doing so, he helped to elevate the entire Irish industry, and help us make our mark on an international stage and he has left a remarkable legacy.

Patrick is a risk taker who set his ambitions outside of the Irish market and proved to the rest of the industry that we need to be brave to achieve our goals. His (and his fellow directors), decision in 2001 to turn their attention to higher value brand work and move away from their promotional roots was the start of their transformation, which culminated in the largest global consulting firm, Accenture, buying the agency in 2018.

Patrick, on receiving his Honorary Fellowship said: “It was a privilege to be in an industry full of wonderfully creative people. Working with clients that backed the world beating creativity are amongst my favourite times. I am humbled to receive this honour from IAPI and its board. The Irish advertising sector has never performed better on the world stage. It is very satisfying to know the Irelands creatives now know that they belong up there with the very best. I am accepting this award on behalf of my former partners and all of the brilliant people who shared our journey in Rothco.”

Now executive chair of Mobility Mojo, Patrick continues to be a force of nature, known for his edgy, irreverent, yet compelling and charming manner and it was this personality that lent Rothco its’ unique culture for many years. Nothing was ever impossible for Patrick and he relished the challenges that the industry threw at him.

Eoghan Nolan, RIP, was among Ireland's truly great creative directors and copywriters before his untimely death in February of 2021. He was a board member of IAPI and board member and director of ICAD where he was part of the team that steered it back on track in the late 90’s when it was in danger of dissolving.

Eoghan made time for everyone, particularly new and emerging creatives. He fostered and introduced a huge amount of new talent to our industry during his time, and lectured at TU Dublin for five years. Eoghan was a generous, measured and personable sounding board for anyone that approached him.

A creative trailblazer, Eoghan developed and hosted a free-to-view series called Chops on which various individuals in the creative industry spoke candidly about their lives and work. Among his very many creative achievements, he also won Ireland’s first ever D&AD Pencil.

Lynne Tracey, former president of IAPI, and herself a Fellow, accepted the award on behalf of Eoghan’s family. 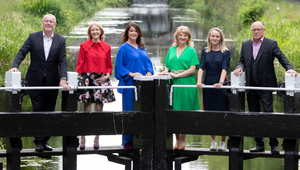 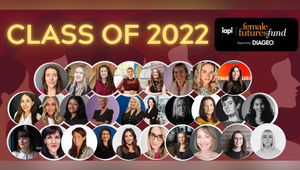 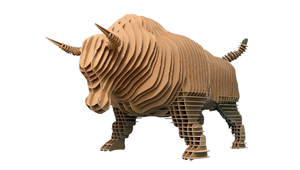 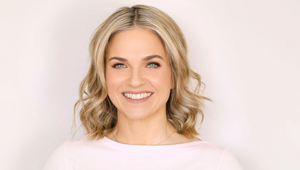