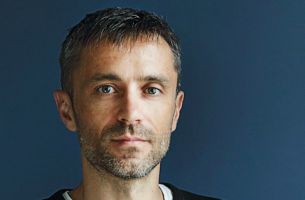 With immediate effect, Ian Heartfield has been promoted to Chief Creative Officer. This promotion will create a single point of creative leadership at BBH London.

Anthony Austin, who has shared the Executive Creative Director role with Ian since July 2017, will be departing to pursue opportunities outside of BBH.

As well as being ECD, Anthony has made a fantastic creative contribution throughout his time with BBH, including founding Black Sheep Studios and winning a BAFTA for the short film Home.

Ian Heartfield joined BBH in 2010 having worked for Ogilvy, AMV BBDO and Fallon. Over the past eight years he has written award-winning work and acted as Creative Director on many of the agency’s flagship accounts, most recently leading Absolut, Uber, St John Ambulance and Audi.  Since running Audi, the agency’s founding client, Ian has overseen a formidable body of work. Work that has been as highly awarded as it has been effective. Work such as Cannes Gold winning ‘Birth’, and ‘Clowns’. Audi is shortlisted in the forthcoming 2018 IPA Effectiveness Awards.

Heartfield’s previous work has picked up multiple awards including the Grand Prix at Cannes and The One Show, D&AD Pencils, Golds and Silvers at BTAA, Creative Circle and Campaign Big. He was The Gunn report’s most awarded copywriter in the world in 2006.

On his promotion to CCO Ian Heartfield said, "There is real creative momentum at BBH right now.  And we are making and winning projects of a much more diverse nature than ever before. Plus the work is working, as the IPA Shortlist proves. But this is just the beginning.  We have some important decisions to make as we look to the future and shape the department and agency accordingly.  To be the creative lead at a time of change like this is incredibly exciting and a big responsibility, one I don't intend to take lightly".

Pelle Sjoenell, Worldwide Chief Creative Officer added, "I'm very excited for the future of creativity in London under Ian's brilliant leadership. I would also like to thank Anthony for his contribution to BBH in both his launch of our very successful in house production company Black Sheep Studios, and our recent creative highlights. I wish him all the best in his next role".