Trends and Insight 133 Add to collection 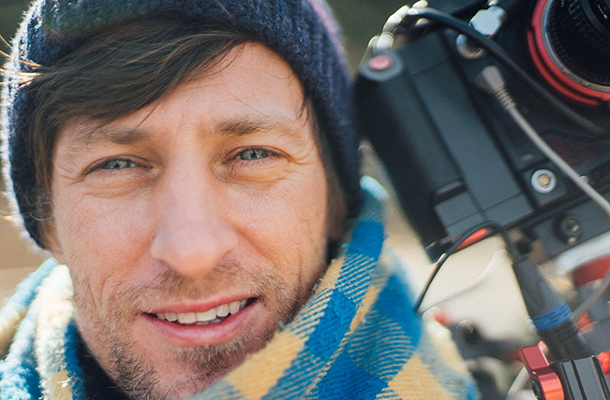 A commercial director and cinematographer based in Tokyo, Chris Rudz is one of the most unique and talented directors AOI Pro. represents. Born in Poland, he started out by working on feature films as a second-unit DOP/DOP. Later he joined Wieden+Kennedy Amsterdam, where he worked on big brand projects including P&G, Nike and Spotify. Currently, Chris directs commercials and music videos in Japan, alongside working on his debut feature film. From how he grew to love films and how moving to Japan changed his perspectives, Chris opens up about his life, vision and challenges as a filmmaker and what he plans to do in the future.

Q> First, tell us about your speciality. What kind of films do you make? How would you describe your filmmaking style?

Chris> I mainly shoot lifestyle, travel, sport and automobiles. But these days, I’m leaning towards narratives. As for my filmmaking style, I feel like it’s everything combined together. For example, I love it when not only the narrative but, also the audiovisual part makes you feel something, and when they are combined with good and clear ideas or messages that give a reason for the ﬁlm to exist, that’s the best. It’s something I always look for when I work on a new project.

Q> When did you decide to pursue ﬁlm and become a ﬁlm director?

Chris> When I was a kid, I watched many ﬁlms. It made me curious about the world, but also about myself. This helped me grow into the person I am today. Other than entertainment, it gave me courage, curiosity and changed me in a positive way. I would like to stay curious and courageous, but also share this feeling with others.

Q> If you had to name one (or more) ﬁlm that inspired you most, what ﬁlm would it be and why?

Chris> There are so many inspirations, but let me name two ﬁlms. 'City of God' directed by Fernando Meirelles, Kátia Lund and 'The Man Who Planted Trees' directed by Frédéric Back.

'City of God' because of it’s incredible story, great acting and truly visual storytelling. I watched this ﬁlm many times and it still grabs my heart and makes me cry.

'The Man Who Planted Trees' is a beautiful short ﬁlm. I watched it when I was a teenager, full of dreams about changing the world. I didn’t know how I could do it but I imagined it would be something like a big punch. This story opened my eyes for another way – slowly, step by step, and not everything at once. Approaching with patience, care and love. It definitely left a mark on me.

Q> What is your favourite work of your own? Tell us a little story behind the scenes.

Chris> Each project gave me something I cherish. But if I have to name one commercial project, it would be the brand ﬁlm for GOLDWIN. It’s a story about skiing. When we arrived at the mountain, it was already springtime. But the following night, the mountain was covered with snow. Luckily, we had perfect powers, but it was still a very difficult situation to shoot. With a blizzard and strong wind for the whole three days of the shoot, we even lost three drones! But we managed to get the shots we wanted. In the post-production process, I experimented with the images and came up with an interesting idea of removing the skier and realising his style only by the tracks he left on the snow. I made a few shots and showed this new idea to the client… and they loved it! There was no product in the video, but it had a very strong minimalistic brand message. The client loved the ﬁnal ﬁlm too. They gave me their trust and creative freedom for the next project I did with them, which is the ideal condition to work in and of course, the best compliment for the director.

Chris> I had always been interested in Japan and its culture. I wrote my art university thesis about the characteristics of Japanese cinema, I watched a lot of anime, etc. The ﬁrst time I landed in Japan, I felt something I never felt before, even in my own country — it felt like home, not a 'new home', but a home I returned to. It sounds strange, but this is how I felt at that time. I decided I have to follow this feeling.

Chris> I think there are many diﬀerences in their approach to visual storytelling, but I like to think of it as diﬀerent styles of storytelling. In general, I think the Japanese style is more expressive (in terms of acting, visuals, etc.), but it’s also very subtle. They mostly follow existing formats of the genres. On the other hand, it can be very subtle and sensible, where the atmosphere of the scene is more important than the action. In contrast, Western films seem more like entertainment pieces or art films. They are often more experimental too. I have a feeling that it might have to do with budgets and different ways of funding.

Q> What do you like most about making a ﬁlm in Japan?

Chris> Exploring the Japanese culture and its uniqueness. And exposing that uniqueness not only to the world but to Japanese people as well. I like to highlight how unique Japan is and, at the same time, to show that despite those differences, we are all the same. With similar hopes and dreams.

Q> Your twin brother, Andrez, also lives in Japan and works as a cinematographer. How different are your styles and how often do you collaborate together?

Chris> My brother is a purebred cinematographer. He doesn't direct. I always choose a cinematographer whose style matches the project, and if I feel he could be the best match, I would definitely go with him. It’s always fun to work with him. He is quite busy with his projects, so unfortunately we are not always able to work together, even though we both want to. However, we collaborate on our personal/passion projects pretty much all the time.

I feel that the difference in style of shooting between us comes from the difference in our characters. I’m narrative-oriented with a lot of energy. I like to experiment and improvise. I like movements. On the other hand, Andrez is more calm, balanced and detail-oriented, especially when it comes to visual craft. He has a spirit of a true passionate craftsman. His images are elegant, with a lot of details in lighting. It’s always a pleasure to watch him working on set as he crafts his work. I’m very proud of him and I wish to work with him more.

Q> Tell us about your goal as a director and cinematographer.

Chris> To tell stories in the most engaging way and leave the audience something that will stick after they watch the ﬁlm.

Q> What is your next project?

Chris> Currently I am working on my debut feature ﬁlm. I would like to shoot this ﬁlm in Japan. It’s a comedy/drama about the family of Ama-San, who also happens to be mermaids. It’s a lighthearted ﬁlm about the things that are present in all our lives: family, forgiveness, music… I think I said too much.