I Scream, You Scream, We All Scream...

Trends and Insight 219 Add to collection

Mirren Malcolm-Neale, audio developer at GCVRS, dives into the sound science of screams 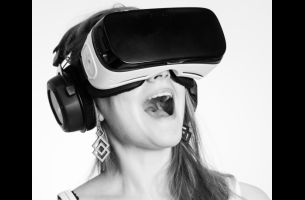 Have you ever noticed at theme parks there's that one scream pattern you'll keep hearing? No matter what ride, what theme park, or what country; it's there.

The one you hear standing in the grounds of a theme park, not while on the ride.

The one so perfectly captured by every great roller coaster game (Roller Coaster Tycoon, of course) and 'happy' roller coaster film scenes (I say happy for a reason, more on that below).

I recently had to go to an amusement park, purely for research purposes, and noticed that scream pattern again. Now my brain's screaming to figure out why.

So here's my theory:

Firstly, although everyone's voice has different intonation, perhaps there are certain frequencies that resonate in every scream. Obviously, being on the ride, you're too close to the sources so you can identify each individual scream. However on the ground - the more people, the more this frequency is boosted, add the Doppler effect and voila. One generic scream pattern.

Secondly, in a regular conversation, the loudness of the sound changes around four to five times a second. However, in a single scream, this number can be anywhere between 30-150. These oscillations are far too quick to be perceived, but they are what makes it sound 'rough' and part of how we naturally identify screams as screams. The faster the oscillations, the more 'rough' it sounds. Hence, the more a sound contains this acoustic property, the more scary and strange we perceive it to be.

So perhaps there is an average oscillation rate associated with 'happy' screams, in particular. Maybe, when on roller coasters, we're all affected in such a similar way that our bodies naturally emit the same oscillation rates. This is assuming that the majority of people on a ride are enjoying it - when people aren't then they'll emit faster oscillations and you won't get that generic scream pattern. Just the sound of sheer terror.

In fact, screams are sonically unique in a way to grab our brain’s attention. The rougher the modulation a sound has, the more amygdala is activated - the part of the brain that plays a role in fear conditioning.

Which is why I said 'happy' film scenes. You'd be hard pressed to find this scream pattern in Final Destination 3.

I'm no acoustician or physiologist so I'd be interested to hear anyone else's ideas or if anyone knows the reason.

• Other types of screams have their own sonic identity too. For example heavy-metal singers have a high amount of 'jitter', making them sound uneven

• Baby screams are processed more quickly in the brain than other sounds of distress, such as adults crying or animals in pain

• We react to alarms, buzzers and horns in the same way as fear screams, hence why some wake-up alarms are these types of sound

• Think you've been hearing different screams in all those different films? A scream was sampled in 1951 in Distant Drums and this scream has been used many times in films throughout the years. It's not entirely clear who was the source of the scream, he screamed once in 1951 and then again in Star Wars, and Lord of the Rings, and Toy Story and hundreds more. He screamed a lot. It's known as the Wilhelm Scream.