"I Realised it Meant Embracing What Makes You Different" 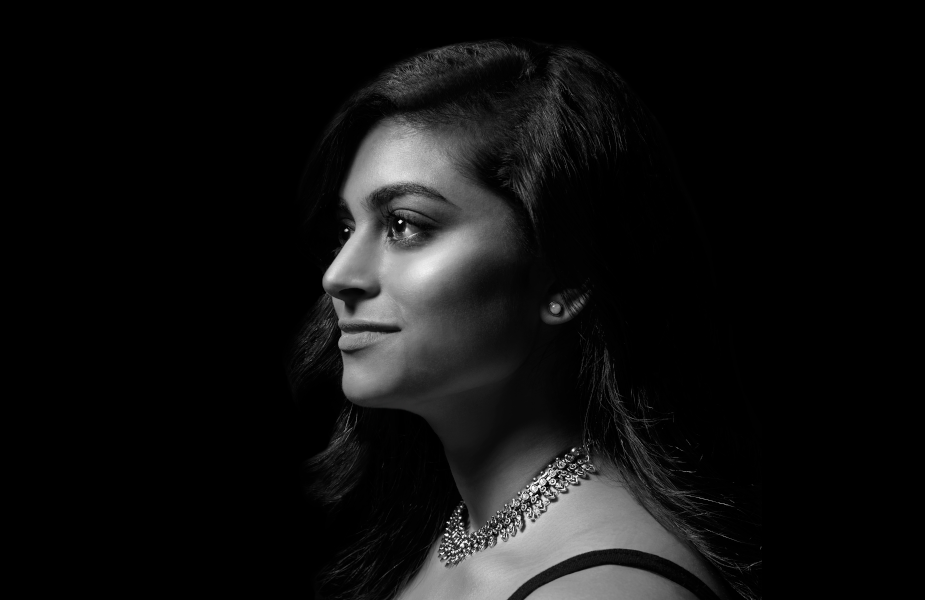 R/GA Chicago Art Director, Priyoshi Kapur speaks on embracing her culture, giving back to emerging talent and how she stays constantly in a creative mindset.

Q> Tell me about your career. What was your path to where you are today?

Priyoshi> I grew up in Portland, Oregon where everyone was encouraged to ‘keep it weird’. I didn’t understand the slogan until I reached college, where I realised it meant embracing what makes you different.

For me, it was embracing my Indian heritage in a town where I was typically the ‘other.’ My form of expression was discovered in the arts,which was more than just a hobby, it was an innate passion. My love for art as a child turned into a love for design in college. I went to college to discover my identity and how to express it, which was through the design lens, and a craft where Indian women are underrepresented. I learned how to code in multiple languages, film, design for motion, and design digitally. Different mediums were my canvas for communication.

After graduating from the School of The Art Institute of Chicago with a BFA in visual communication design, I started my career as a design intern at Warner Brothers’ Turner Image. I took a role with the internal creative team, where I worked on presentation design and iconography for brands like CNN and Cartoon Network. From there, I moved over to Leviathan and contributed towards the launch of Nike’s SneakerBoots. It was in these two roles that I was able to hone my design skills and gain exposure to national brands like Airbus and GoGo.

I joined R/GA Chicago to be a part of the award-winning campaign team led by ECD AJ Hassan. I shifted my career from visual designer to art direction, where I now have the influence to push the impact of design and present opportunities to challenge perspectives.

I have spent the past two years in this role and have contributed towards the launch of brands, the creation of social campaigns, and Super Bowl ads for PepsiCo’s new and category-changing sparkling water brand, bubly. One of the highlights was the launch of bubly in early 2019, where I played a large role in the visual identity of the brand, including the tone, look and feel, photography, animation, and overall social presence. This work won various WEBBY's, ADCOLOR nominations, Epica awards, and more.

Q> When did you realise you wanted to be an art director?

Priyoshi> In college, design was what I enjoyed as a creative outlet, but my communication skills felt limited. I interned at multiple companies as a designer and strengthened my eye for design, but didn’t realise art direction was the career solution until I joined  R/GA. Throughout my career, I’ve collaborated with many art directors and copywriters and eventually realised they were also multidisciplinary creatives. From there, I turned my career focus to art direction and now use my skills as a designer, coder, motion designer, and filmmaker to create beautifully designed and impactful campaigns. Design has always been the lens through which I can visually communicate an idea or concept, but art direction became the arms of design to extend the conversation.

Q> What do you dedicate your time, outside of work?

Priyoshi> When I’m not at work, I use my influence to open up the world of design to people of all different backgrounds. On the weekends, I mentor new designers at The School of the Art Institute of Chicago and American Institute of Graphic Arts to help build their portfolios. I get to work with some of the most influential designers in Chicago to promote diversity, inclusivity, and civically enhance the design field through open talks and events. I also continue to mentor young designers within the Chicago chapter and give talks on advice and my experience in the industry.

More recently, I have had the opportunity to additionally give back through teaching. I became a lecturer at The School of the Art Institute of Chicago (SAIC) in January of 2020, where I teach college students motion design on Saturdays.

I saw the eagerness of our current industry trying to merge technology with design, which is why I wanted to expand the motion design department at SAIC, where there is currently only one other class offered. Teaching has not only developed my skill as a motion designer, but has given me the opportunity to show the impact of this skillset in advertising through the tool we use every day – our phones.

Q> What sparks your creativity? How do you share that with others?

Priyoshi> Pop culture and the notion that creatives can influence it has been the one thing that consistently sparks my creativity. From reading news, magazines, and following major and underground social media accounts, people, and new platforms, I’m always learning about new ways to innovate and areas to explore or expand upon. I have been able to take my experience as a first-generation woman of colour in the advertising industry and turn my creative sparks into space to inform others about cultural experiences.

One year ago, I founded a Slack group within R/GA called #kulture, a creative environment to elicit discussion around what most people in the industry would describe as ‘touchy’. With over 400+ members globally, #kulture has become a safe space for people to share and discuss major events that are shifting our culture. This group has become a sort of central intelligence network of all things innovative. It even inspired a newsletter called, ‘Pop Off,’ that covers creative content from pop culture. ‘Pop Off’ is a collaborated effort, where a few writers and I take our creative sparks each week and distribute them to different cities and creatives to keep them not only informed, but remain inspired.