"I Love to Explore Different Types of Mediums"

Trends and Insight 231 Add to collection 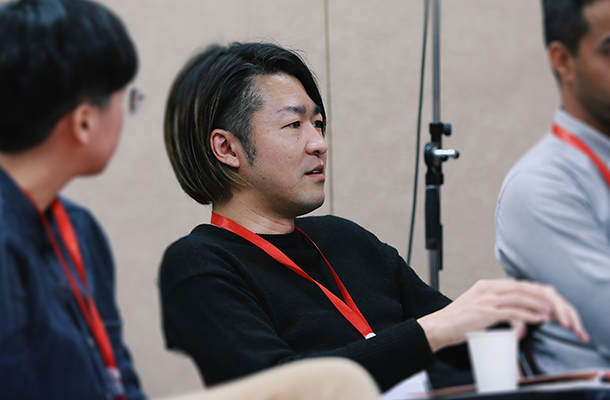 After graduating from Art Center of Design in the US, Takeshi Kogahara produced many commercials and music videos which were awarded at Cannes Lions, Ad Stars, ADFEST and other commercial festivals. Last year, his short film 'Birdland,' which was based on his own experience, was screened at the Busan International Film Festival. Attracting attention in Japan and abroad, Takeshi is sincerely engaged with film without limiting the form of expression. In this interview, Takeshi talks about the beginning of his production, the background of his short film and his way of thinking about film, as well as his plans for the future.

Q> First of all, congratulations on the screening of 'Birdland' at the 24th Pusan Film Festival, which was held back in October.

Takeshi> Thank you so much! It is always fun to participate in film festivals. Busan was a really great festival; lots of people came together just to enjoy films. It’s also intriguing to hear comments from the audience. Especially people from overseas. I was also able to watch tons of new films that had not been released in the theatres yet. It was an exciting event.

Q> You said in an interview that this short film is based on your personal life story. Give us a little background on how you turned it into a film.

Takeshi> I came up with the idea when I visited my grandmother who was bedridden and was no longer able to speak. We used an alphabet board to communicate. She kept apologising to me for being unable to speak. This is where it all started. I wrote a script inspired by this experience and also by the story of my other grandparents who passed away long time ago. Then I started visiting medical care centers, etc., for research purposes. The more research I did, the more revisions I made in the script. During the process, I started to think that this script isn’t just about my personal experience, it’s also about the way you think about the end of life.

Q> You have also directed two other short films in the past, which were awarded/nominated nationally and internationally. Is this something you always do, making short films alongside working on TV commercials and music videos?

Takeshi> I love to write stories and turn them into moving visuals. It has always been a fundamental part of my life. I don’t like to limit myself to one thing, I love to explore different types of visual mediums, such as commercial films, music videos, short films, experimental films and so on. They are made for different purposes, different media and audiences. Through these different mediums, I can gain different point of views and ideas. I believe I can also use these views, combine them to one another and create something new.

Q> Do you approach independent films and client-based projects differently?

Takeshi> Yes. For independent films, I myself am the client, the agency and a director. All I think about is the communication between the audience and myself. TV commercials, on the other hand, are for both the clients and the viewers. So many people are involved in the process of making TV commercials. Commercials are not necessarily artwork, but my role is to think about how I can make a difference and make an attractive spot, even when so many intentions and regulations are imposed.

Q> In some of your works, you convey the message visually, without using words. What is your take on spoken narratives in the films?

Takeshi> I believe a great visual image can convey a message without verbally supporting the narrative. It is really difficult to create such visual images all by itself, but I think simplicity is powerful, and perhaps the most important thing here.

Q> Going back to your background, when did you decide to pursue film as a career?

Takeshi> It was when I was 15 or 16, I made short films and screened them at an annual school festival. That was the whole new beginning.

Q> Who are your inspirations?

Q> You studied at Art Center College of Design in California. How did your experience there influence your filmmaking?

Takeshi> Art Center is a school focused on commercial arts. I was in the film department so I was able to learn classic and modern films, just like in other film schools. Art Center also offered me resources to learn commercial arts including motion graphics, TV commercials, and music videos, which really inspired me then. I really feel like I don’t limit myself to standard narrative format - I allow myself to explore freely in all kinds of visual media.

Q> What would you say is your strength in the global market?

Q> What’s your future goal? What is the new thing that you want to try?

Takeshi> In 2020, I will direct a short film and hopefully my debut feature film as well. My challenge now is simply to make them happen.