“I Don’t Understand, The Research Said This Would Work...”

Why VCCPme COO, Steve Mattey, thinks crowd-sourcing is just as, if not more, valuable than targeted research 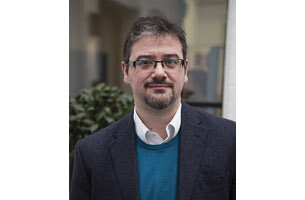 I used to watch a programme called ‘Who Wants To Be A Millionaire?’. No doubt everyone saw it at one time or another? One of the ‘lifelines’ that contestants had to help them answer questions was to ‘ask the audience’.

The contestant generally used this option if the question was pretty basic or involved Coronation Street, EastEnders or something of the like. The demographics of the audience leant towards older females (I know this was true as my mum used to go with other women from the WI on a coach), so this was entirely sensible on the face of it.

But perhaps an injustice was being done to the audience’s ability to answer harder questions and get them right too.

In fact, over the years of the programme, ‘ask the audience’ hardly ever got it wrong. And, statistically, this is not surprising.

There is something in life called ‘the wisdom of the crowd’. It was noted by Aristotle and later, in Victorian Britain, Francis Galton – one of those all-round Victorian masters of everything – asked a crowd to guess the weight of an ox. The average of all the guesses was the correct answer. The Wisdom of The Crowd as a concept was born.

It has been proven successfully in business too. HSX.com, the Hollywood stock exchange, uses the principle to guess the correct Oscar winners – and they claim 88 per cent accuracy.

Online gambling has known this for years. Betfair’s business model is matching gamblers in a trading market. Their odds will reflect what the ‘crowd’ feels that the outcome will be.

(By the way, if the Betfair crowd is right, the next royal baby will be called Elizabeth or Arthur and the Conservatives will be hanging in there after the next election with another hung parliament in Britain.)

There are rules that need to apply to the ‘crowd’, though, otherwise it won’t work.

Firstly, the crowd needs to be random. Not like an opinion poll or survey, where a target group is selected. It needs to be made up of a diverse set of people.

You can’t have a group of people with the same level of knowledge. For example, all of the financial experts agreed that there was no financial crash ahead in 2007. Oops.

Secondly, everyone needs the same information to make their judgement and not be influenced by others. Evidence suggests that allowing consultation alters the guess. Freedom to guess makes the crowd more accurate.

So what does this mean in marketing?

The digital world enables the ‘crowd’ to operate with both of the above criteria in place. TripAdvisor and its ilk allow rankings of hotels and restaurants and so forth. It is well evolved enough now that reading the average score should be a fairly trustworthy and accurate assessment of the place.

Research may need to re-think its approach too. Brands still place a great deal of value on researching defined ‘target’ groups. They are skewed and research groups have to work very hard to stop individuals leading the view of the group.

I have search at my fingertips. I can look up what the crowd is saying about this or that product. I base my judgement on that.

Since most products are available to all in any case and not restricted to target groups, perhaps social media ‘listening’ is a better yardstick than traditional research?

And perhaps brands could start using wider unbiased methods in the digital space to get their steers from the ‘crowd’ of the general public.

But most importantly, a lot of this research is ‘free’ and unbiased.

What do you all say to that?

Steve Mattey is COO of VCCPme. VCCPme is the customer relationship agency within the VCCP Partnership.