"I Can Soar" Campaign for EAA 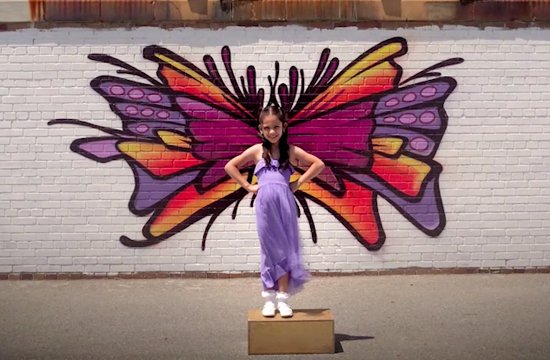 Titled “I Can Soar,” the campaign – consisting of TV, radio + print – aims to recruit and retain students with the notion that the EAA gives its students wings to succeed. The TV spots are of particular interest, as they commissioned well-known Detroit street artists to draw graffiti “wings” on real EAA students, which was produced into a two: 30 stop motion films.

EAA schools are creative, innovative learning environments that provide students a quality education. They offer struggling students the opportunity to catch up to their peers around the state and receive the education they need to succeed in college or a career after high school. The system opened in September 2012 with 15 of Detroit’s lowest-achieving schools. The objective of this new campaign is to retain the students that are already enrolled, while attracting others to join EAA’s student-centered approach to learning. There's also a short behind the scenes film from the shoot.