Hyundai is Helping the Real Heroes This Super Bowl

For the first time ever, overseas U.S. troops will be transported to the Super Bowl through innovative technology 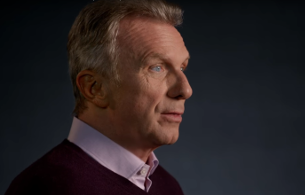 At Super Bowl LI, some of the better moments will happen off the field in the hearts of those who make the Super Bowl possible. Hyundai Motor America, an official sponsor of the NFL and Super Bowl 50 USA Today Ad Meter winner, is bringing a first of its kind experience to those that deserve it most, by making this year’s game better for our soldiers overseas.

Hyundai will transport several U.S. troops from a base overseas to the heart of the action in stadium. Using custom built 360-degree immersive pods, Hyundai will allow the soldiers to feel as though they are in the stadium.

As announced recently, Hyundai and its marketing agency partner INNOCEAN Worldwide are working with renowned director Peter Berg, Patriots Day, Deepwater Horizon, Lone Survivor to bring this never done before idea to life. The team will shoot, edit and produce a 90-second documentary in real time that captures this incredible experience. This piece will run after the final whistle in the first commercial break immediately following the conclusion of the game, before the trophy ceremony. Hyundai released two teasers during the AFC and NFC Championship weekend, featuring Super Bowl champions Joe Montana and Mike Singletary that hint at Hyundai’s creative. The full story will be told when the 90-second piece airs after the game.

“Hyundai has always had a strong relationship with the U.S. Armed Forces, and we wanted to give those who make the love and passion for football possible a unique and better experience,” said Dean Evans, CMO, Hyundai Motor America. “‘Better’ is our driving force and this campaign is an act of that brand philosophy. Using the latest innovations in video technology we will give our troops an experience they will never forget and one that viewers won’t want to miss.”

“This project combines my two greatest passions—football and the military,” said Peter Berg. “I’m incredibly proud to be partnering with the Hyundai and INNOCEAN teams to bring the troops a better Super Bowl experience through cutting-edge technology. Editing the piece during the game itself is going to be intense, but we will have an incredible team in place on multiple continents to pull off this feat.”

“Doing something that’s bigger than a commercial and can help bring our country together when it seems impossibly divided is incredible,” said Eric Springer, Chief Creative Officer, INNOCEAN. “We wanted a challenge for this year’s Super Bowl, and we certainly gave ourselves one.”

This initiative continues and builds upon Hyundai Motor America’s commitment to the U.S. Armed Forces. G.I. Jobs named Hyundai a Top Military Friendly employer in 2017 and last year, Hyundai was recognised by CivilianJobs.com as one of the Most Valuable Employers for Military, the only automaker to receive the honour. For several years, Hyundai has offered special discounts to military personnel and honoured Memorial Day by enhancing its Military Incentive Program, aiding U.S. troops in purchasing a Hyundai vehicle.

To learn more about this program, view the teaser content and the final documentary film immediately following the Super Bowl, please visit https://www.hyundaiusa.com/better/.