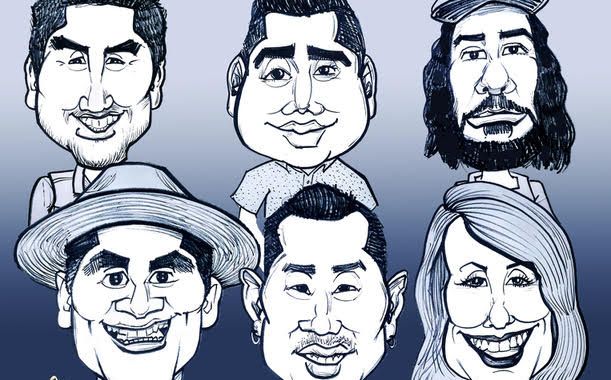 The collaborative spirit is felt in the unique environment they’ve cultivated at Olio HQ. Taking a departure from the sterile design of traditional post houses, Olio stands apart with its homey vintage-style décor, while the open floor plan encourages the exchange of ideas. The space is adaptable for freelancers, mobile artists, and travelling talent, with two colour suites and a suite set up to toggle between editorial and flame work.

Over the past decade, colourist Marshall Plante has forged a name for himself at shops including Digital Magic, Riot, Syndicate, and most recently, heading up the colour department at Ntropic. Marshall is a trusted collaborator of top-level directors, DPs, and agency teams, who repeatedly come to him to interpret and elevate their vision. A powerhouse talent whose body of work spans all formats, Marshall’s extensive commercial credits include Samsung, Audi, Olay, Nike, Honda, Budweiser, and direct-to-brand projects for Apple and Riot Games. Recently the Nick Jr. 'Girls in Charge: Girl Power' campaign he graded won an Emmy for Outstanding Daytime Promo Announcement Brand Image Campaign, and the Uber campaign he graded, 'Rolling with the Champion' with Lebron James, brought home a bronze Cannes Lion.

“Being adaptable has served me well,” says Marshall. “The way the industry is shifting, creativity is coming from all sides. Why not take advantage of this moment? By opening my own shop, I want to offer a place where interesting and unexpected collaborations can happen. Colour is the driving force, but the big picture is limitless.”

Helping him to realise the vision is Marshall’s long-time producer Natalie Westerfield. Natalie’s production prowess and hard-working reputation is well known, with over 10 years experience producing at companies including The Mill and Ntropic. “Natalie is the mama bird,” explains Marshall. “She genuinely cares about protecting both the client and the artist. Clients respond to her realness and honesty... and her sense of humour is just the right kind of inappropriate.” Taking the reins as executive producer, Natalie will use her mama-bird oversight to guide all projects that come through Olio’s pipeline.

Rounding out the crew is Justin Purser. With ‘disruptive’ being the buzzword du jour, Justin has the chops to back it up. A director first and foremost, Purser cut his teeth working at leading production companies including A Band Apart and Anonymous Content, where he was able to learn the filmmaking process from the A-list. Justin was one of the original creators and directors behind Maker Studios (acquired by Walt Disney Corp.) that pioneered the multi-channel YouTube-centric companies of today. Having directly influenced the zeitgeist of how brands advertise via social media and influencers, Justin combines production expertise with a willingness to challenge the old-school conventions of Hollywood.

The triad is eager to shake up the current landscape of post production, putting an emphasis on experimentation and collaboration. “The ability to be chameleons within the industry keeps us open to fresh ideas,” says Justin. “Our motto is ‘Try it. If it doesn’t work, pivot.’ And if we thrive in a new way of working, we’re going to share that with everyone. We want to not only make noise for ourselves, but for others in the same business.”

Each founder brings to Olio a specialised focus – Marshall’s talent, Natalie’s organisation, Justin’s strategic thinking; combining disciplines, they are able to approach projects as a Voltron-like superpower. They do have a few qualities in common – they are scrappy, and a little more punk rock than most, with a whole lot of heart. “If you need a place to work or go for Thanksgiving, we’re your home away from home,” says Marshall. “Just check your ego at the door.”