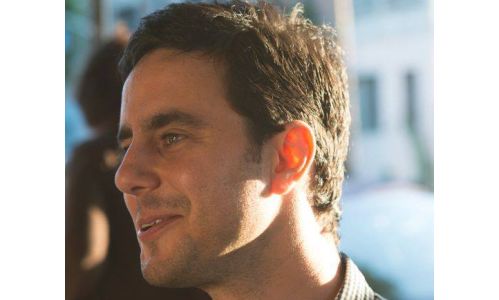 Gross boasts an impressive body of work, having written and directed several commercials, short films and television projects. Comedy Central optioned his TV pilot “Pioneers” in 2013 and his short films “Detention” and “The Fortune Writer” have screened in over 35 festivals worldwide. In addition, Eric has directed commercials for Ad Council, Deloitte, ESPN, Hungry Man, Applebee's, and Nationwide Insurance.

Eric is also an accomplished editor cutting spots for brands such as for Google, IBM, Philips, Etsy, Vice, Malibu Rum, Nokia, and NASCAR, among others.

"Eric is a true 'hybrid' between his editing, directing, and content creation talents”, says executive producer Gail Butler. “We were initially drawn to his editing work – we loved the ESPN campaigns he cut for Wieden+Kennedy! So we were equally excited to discover Eric is also a talented director and writer.”

“His experience in creating high-end, engaging content is a big plus for our clients and a perfect addition to our production arm, Hybrid Content. We're super happy Eric is a part of our team and our clients are responding very enthusiastically”

True to their name, Hybrid is a fantastic place to work as both an editor and director”, states Gross. “Their focus on creative editorial as well as developing their own content makes Hybrid an ideal home for me."