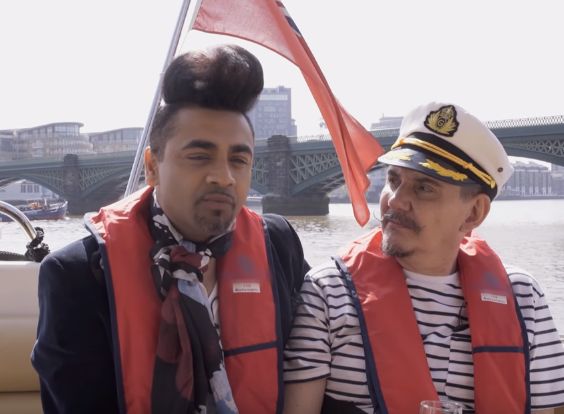 On the back of its reality TV style advertising campaign in 2016, online food ordering platform, hungryhouse.co.uk has released a follow up ‘mockumentary’ series titled “Jay and David: From Chow Mein to Fame”.

The comedic content, directed by Wordley's Hardey Speight, has been created as part of the brand’s CRM strategy and features Pride of Britain winner and First Dates star, Jay Kamiraz and his sidekick David Smith, who made their debut in hungryhouse’s original TV advert.

The dynamic duo welcome the film crew back into their lives six months later, as they hit the streets to promote the hungryhouse app. From being sat eating a takeaway in front of the TV, to their own private yacht, the pair cause a stir wherever they go, clearly enjoying their newfound fame.

The trilogy of videos showcases the genuine, unscripted lives of the friends, using comedy to reinforce the nation’s love of reality TV and good quality takeaway. The episodes will be released on a weekly basis throughout May, leaving customers waiting to find out what happens next in the lives of Jay and David.